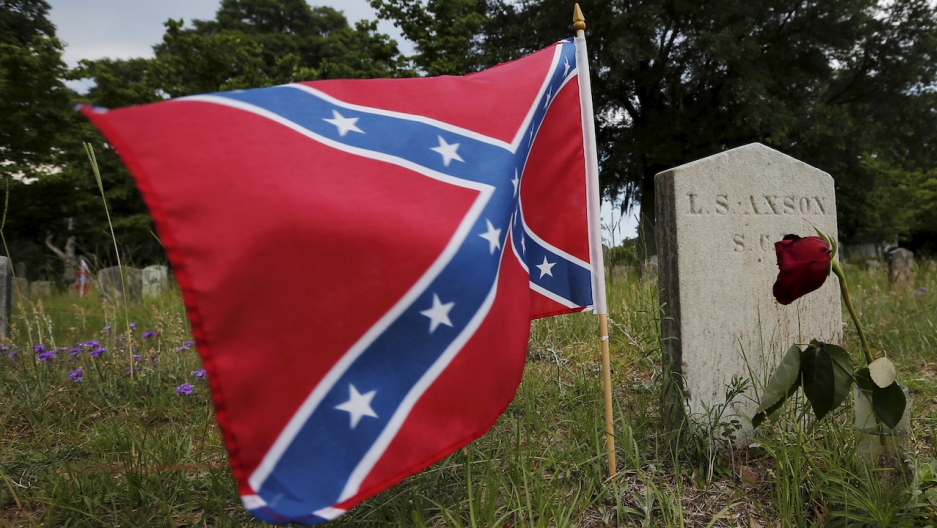 A Confederate battle flag flies at the grave of L.S. Axson, a soldier in the Confederate States Army in the US Civil War, in Magnolia Cemetery in Charleston, South Carolina, June 22, 2015.

The following is not a full transcript; for the full story, listen to the audio.

Memorial Day is typically considered the unofficial beginning of summer. In the US we inaugurate the season with barbecues, beach parties, blockbuster films, and bargain hunting. But that's not how Memorial Day was envisioned by the Southern women who honored the fallen soldiers of the Civil War.

Caroline Janney talks about the origins of Memorial Day and how the meaning has morphed over the decades. Janney is an assistant professor of history at Purdue University and the author of "Burying the Dead but Not the Past: Ladies' Memorial Associations and the Lost Cause (Civil War America)."

Janney says these women also hoped to start an annual tradition of "placing flowers and evergreens on the graves in remembrance for their lost cause, for their defeated cause."

"And so in the spring of 1866, throughout the South, these ladies' organizations picked different days that are symbolic for the local region. Some places choose May 10 — that was the day General Stonewall Jackson died. Others choose April 26 — that's the day that General Johnston finally surrenders in 1865. And on those days, the communities would gather together, they would all proceed to the cemetery together; the women and children would lay flowers and evergreens on the grave, and former ... Confederate leaders would offer some sort of speech about Confederate solders."

This story originally aired on "The Takeaway."