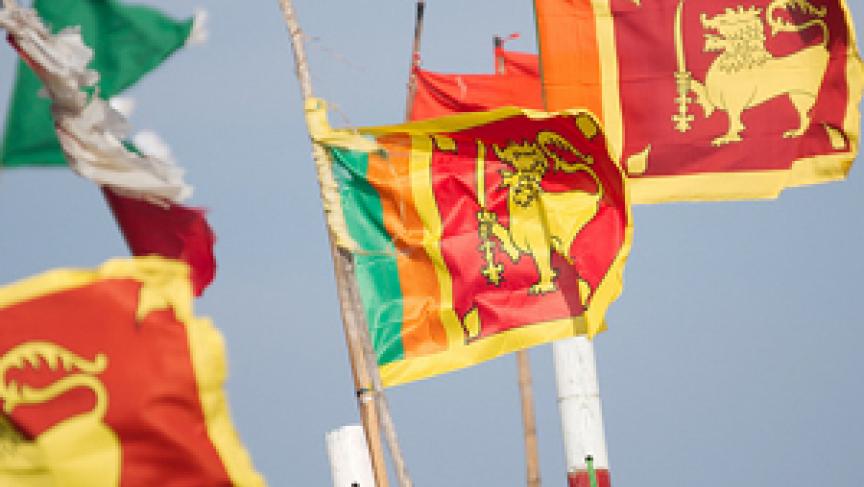 The civil war in the south Asian nation of Sri Lanka has ended. For nearly three decades the Tamil Tigers or the LTTE have been fighting for a homeland for the mainly Hindu Tamil minority. The war killed more than 70,000 people, but government forces prevailed this week. Today, Sir Lanka's president Mahinda Rajapakse told the parliament, "We all must now live as equals in this free country."

Monica Toft doesn't know what will happen in post-civil war Sri Lanka. But she has written extensively about the aftermath of other civil wars. She's the author of the forthcoming book, "Securing the Peace."

On "The World," she talks to anchor Marco Werman about Sri Lanka's 27-year-old civil war and the difficulty of rconciliation.

Toft: "This has been a military victory that's been quite painful to achieve. The LTTE seems to have been routed. They've got the major commanders killed, they've basically ... squeezed them between the coasts on a small strip of land, and the final offensive seems to have succeeded in routing the rebels.

"And the fact that the LTTE actually surrendered, they say, "we are defeated, we surrendered," is a very good sign because they're accepting defeat."

Tof expects that there will still be some rebel activity in the coming months: "Well, I wouldn't be surprised if we have some. We talk about, you know, spoilers, people who, you know, operate doing some terrorist attacks here and there. But in terms of broad military offensives on the part of the rebel organization, the LTTE, I don't expect that.

"A lot of this is going to rest and it does rest on the shoulders of the government under the president Rajapakse, whether he is vain glorious and uses the victory for popular support or whether he sort of humbles himself in the Sri Lanka nation to say, 'We do have a large minority population and we need to give them proper political and economic rights.' I mean, there is a reason why this rebel organization was in existence and it's that the Sri Lankan Communists have felt as if they were second class citizens for many decades."

As for whether there will be problems with the same old divisions remaining, Toft says, "Yes. These are very difficult and very deep cleavages. This did not start in 1983. When independence came and actually even before independence, there was a good deal of resentment among Tamils that the state was becoming Sinhalese. Sinhalo was made the official language. Buddhism was made the preferred religion. So these are deep seated concerns among the Tamil community."

In the past, Toft has challenged the idea that negotiated settlements are the best way to end civil wars: "Historically speaking when I talk about that, I want to talk from 1940. Most civil wars have ended by military victory. About 60% but since the end of the Cold War, actually military victories have become fewer and if we look another most recent example is the War in Chechnya with Russia.

"And so, the international community has really pushed negotiated settlements. They tried it in Sri Lanka. They tried multiple cease fires. The Norwegian government actually was quite involved in it. But the government and the Tamils reneged on each of those cease fires, and when the government started this offensive in November, actually it came under a lot of heat from the international community because of the sense that negotiated settlements are the way to go.

"Basically, the president thumbed his nose at the international community and said, 'No, we've been fighting this for 26 years. We have a strategy to defeat the Tamil and we're going to do it.' And in a sense looking at scholarship and research, maybe the decision was a correct one. The question is, 'What does he do now? Does he recognize the rights of this population because he does now hold all the cards as a result?'

Reconciliation will be difficult says Toft: "... real reconciliation -- it has to be forthcoming from both sides. Both sides are going to have to come to terms with their responsibility in what led up to the conflict and eventually the war. And that's a very difficult thing for populations to do: To admit that they were part guilty for what happened and what transpired."

Monica Duffy Toft is an Associate Professor at Harvard's Kennedy School. She is the author of "Securing the Peace."