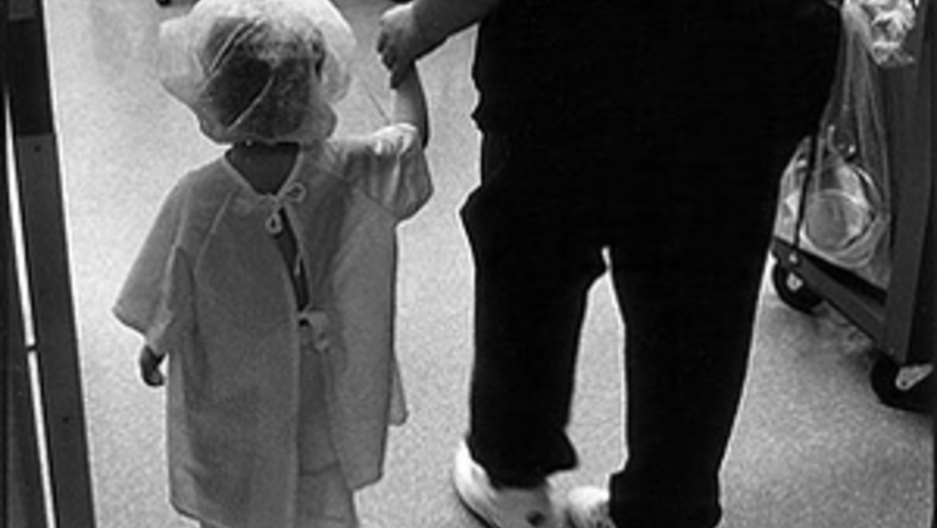 Sixty-five years ago, a lab technician and two surgeons in the United States pioneered ways to repair the hearts of children born with congenital heart defects. The surgery is now common here in the U.S., but it's rare in many other countries. The group Heart to Heart is trying to change that, in Russia at least. On "The World," reporter Cy Musiker of KQED Radio News in San Francisco reports on the Heart to Heart program.

In a surgical suite at the University of California's Medical School in Sacramento, a team preps a tiny boy for open-heart surgery. Josie Everett is watching the preparations -- she's Executive Director for Heart to Heart.

Everett: "When you see a baby's heart exposed, the tissue is this beautiful, purplish mauve color. And it's beating so quickly that it reminds me of a hummingbird."

A hummingbird with a big problem. He's one of the one percent of children worldwide born with congenital heart defects that can be fixed.

Everett: "In the United States, it's gotten to the point where 95-plus percent of cases are successfully managed through open heart surgery. Yet all over the world, only 10 to 15 percent of children have access to this miraculous cure"

Miraculous indeed for the children and their families.

Elena Sinoteva is the mother of Heart to Heart's very first patient, Maria: "I thought that certainly it was like a miracle for us because there was no chance at all for us to get any kind of medical care in the Soviet Union."

Maria Sinoteva is now a healthy looking 27. But in 1989, her heart was so weak, she could take only a few steps before becoming exhausted from lack of oxygen. After the surgery, she says, "Well, I could run around. That was the first thing I noticed."

Sinoteva and her parents visited California earlier this year for an event celebrating Heart to Heart's 20th Anniversary. Elena Sinoteva says she'll always feel that the doctors who worked on her daughter were like gods -- able to bring the dead back to life.

Nilas Young is a co-founder of Heart to Heart. 20 years ago he saved Sinoteva's life: "It was our privilege to be able to try to save their life, just like it is with any other patient we see, whether it’s here or in Russia."

After that, the Soviet government of the time asked him to bring his skills to what is now St. Petersburg to perform more surgeries. He improved on the idea, making each visit a training mission – passing on his skills to Russian doctors, and enlisting other US nurses and specialists to join him.

Brad Mortimer operates heart-lung machines. He uses vacation time for the missions and doesn't mind the sacrifice: "Really, when you think about it in terms of the greater good, it makes it an easy decision.

"In fact, I'm cheating the people there because I feel like I get so much more out of it than what they’'ve been given. So, it’s really – I feel selfish."

Mortimer credits Nilas Young for inspiring him. And Young says he was inspired by his father, a judge in Louisiana committed to public service: "I think he saw it as an obligation, based on the fact that he felt that he was privileged to have achieved an education when so many around him had not."

Young says karma figures in to his motivation for the work that he does: "If one has the opportunity to live long enough, I think you come to realize that when you help other people, particularly if you have the opportunity to do that in an unselfish way, you generate more psychic rewards for yourself in just about anything else that you do. And I've probably gotten more good feelings from this than just about anything I've done."

Heart to Heart doesn't have to go to St. Petersburg anymore. The Russian surgeons there are teaching their own students. But Young and others are now developing a pediatric heart care center in Samara in Southeastern Russia, and last weekend a team returned from the group's newest outpost good works -- the city of Tomsk in Siberia.