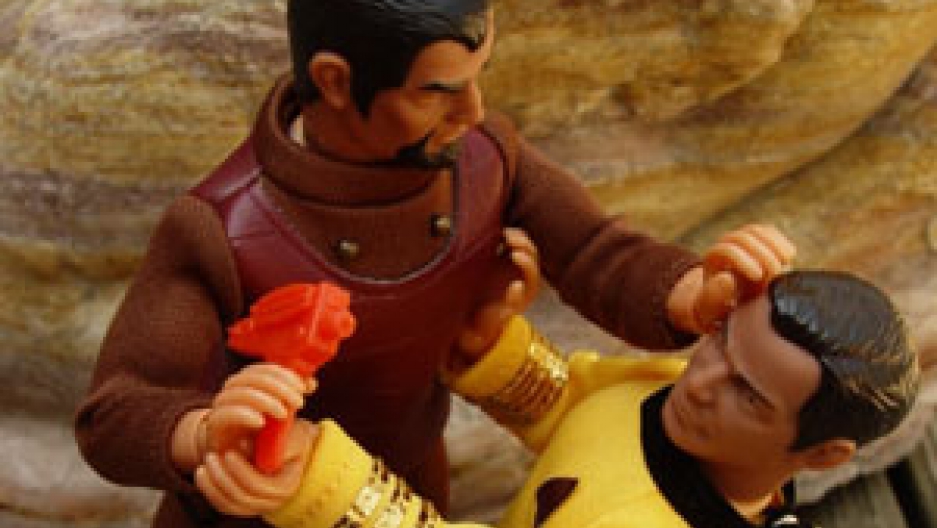 The number one movie at the box office this past weekend no surprise -- "Star Trek," a rebooting of the forty-three-year-old franchise with Kirk, Spock, and the rest of the crew before they were the intrepid explorers of the television series.

The new "Star Trek" film has no Klingons, and therefore no Klingon language.  The long time characters of the "Star Trek" series speak their own language created by Berkeley educated linguist Marc Okrand.

On having his langauge absent from the film, Okrand says, "Well, I feel not really unhappy, but sort of like, 'Why not, it is sort of the tradition.'  And actually, there was some Klingon language that was prepared for the new film, because there was a little Klingon sub-plot in there that got cut out for whatever reason."  Okrand is credited in the new film, as he created some lines heard in the background in the Vulcan and Romulan languages.

Okrand has a PhD in linguistics and wrote his dissertation on extinct Native American languages.  How did he get from there to Klingon?

"Because I did Vulcan before that."  Okrand's involvement in language and the "Star Trek" franchise started one film earlier.  "I got to Vulcan because I happened to be having lunch with a friend of mine in Hollywood.  Her boss was Harve Bennett, executive producer of "Star Trek II" and they explained to me that there was a little scene with Spock and a female Vulcan named Saavik talkin to each other.  The scene was shot with the two of them speaking English, but they thought for various reasons that it would be better if they were speaking Vulcan.  So they figured the easiest way to do that, rather than shooting the whole thing over again, would be to get someone to make up basically some gobbledygook that would match the lip movements already there."

"The way Klingon started was in the very first movie, 'Star Trek' the motion picture, there is about half a dozen lines of Klingon which I didn't create.  All of that was created by Jimmy Dillon, the actor who played Scotty, and that was the start.

"There is nothing in Klingon, no individual sound or syllable or grammatical feature that you can't find in some human language somewhere around the world or other, but the collection is unique and shouldn't be in the same language."