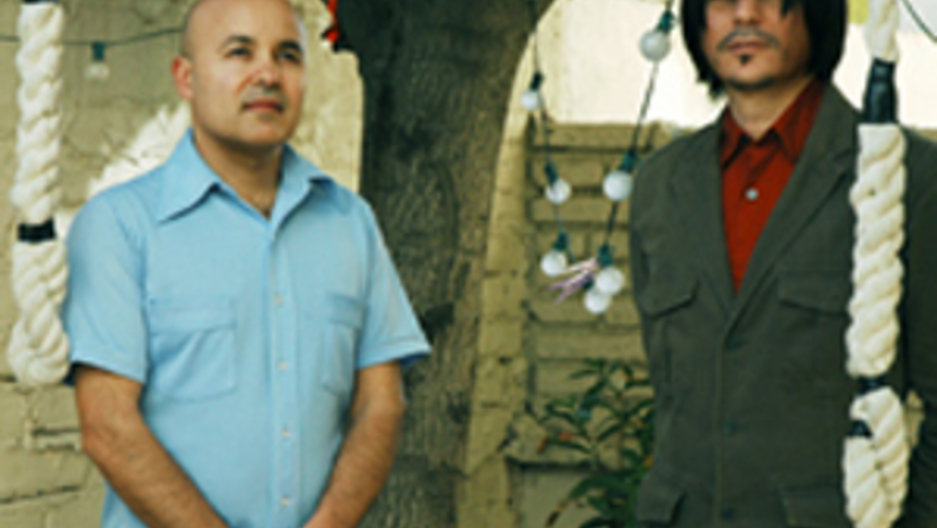 When Mexico is in the headlines these days, the news is almost always grimm. If it's not the escalating and appalling drug violence on the border, it's the outrageous swine flu. But Ramon Amezcua and Pepe Mogt of the band, Nortec Collective, want people to see a different side of Mexico.

The duo talks to "Studio 360's" Kurt Andersen about how living on the border feeds their music, and the American and European influences in their sound. Their latest album is called "Tijuana Sound Machine."

Nortic Collective is based in Tijuana, where they say, "The culture there has been changing every five or six years -- it's changing completely. Forty years ago, it was a town of 50,000 people, then in the 80s there were 200,000 people, and now we're at three million. Most of the people [are] not from ... Tijuana ... so music is changing as well."

The band straddles the border, with recording studios in California and Mexico.

More about  Bostich and Fussible and their album "Tijuana Sound Machine."