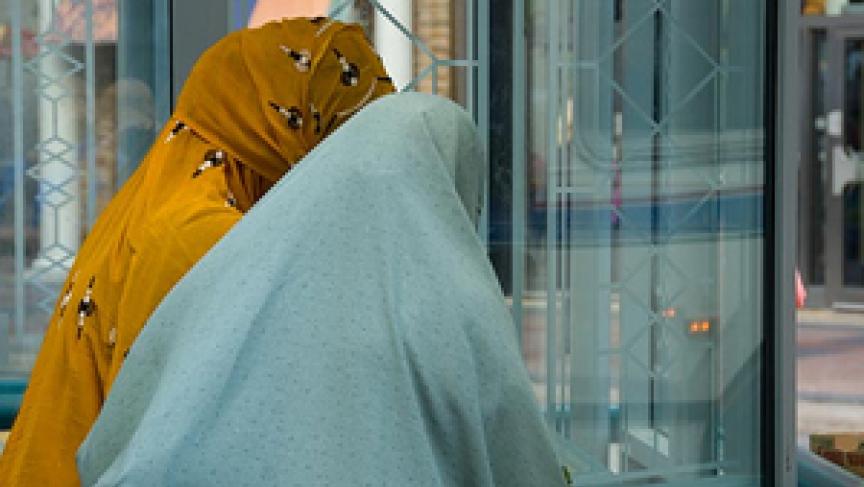 If you’re looking for a good example of a failed state, look no further than Somalia. The country on the Horn of Africa lacks a functioning central government. Warlords control parts of the place, and there are weapons everywhere. One manifestation of Somalia’s breakdown is the rising number of pirates that sail from its shores.

Another manifestation, though, is Somali immigrants who’ve resettled here in the United States. Many of them fled the violence and instability back home, hoping for a better life in the US. Somali immigrants often have to adapt to unfamiliar American ways. But sometimes, it’s better to adapt an American concept to better fit the cultural needs of Somalis.

"The World's" Todd Melby has one such example.

Sexually transmitted diseases and unplanned pregnancies are big public health concerns in the US, which is why government programs aimed at reducing both problems often use frank language about sex and contraceptives. But that’s not the approach the Minnesota International Health Volunteers group is taking.

The small Minneapolis nonprofit has a program aimed at the 60,000 or so Somalis living in Minnesota. The group chose to emphasize child spacing – the concept of how frequently married couples have kids.

Hibo Noor, a popular Somali singer now living in Minnesota, performs a song she wrote about child spacing that plays on local Somali-language radio and TV shows. She tells listeners that mother and baby will be jeopardy if a couple ignores child spacing. In Somalia, about two out of every ten children die before the age of 5. That’s one reason why women there have an average of six or seven children. Infant mortality rates are much lower in the US, but Somalis here still want big families.

Noor: "I think the average that women wanted to have was about 5."

Noor is a Somali-born nurse who has talked to Somali-American women about child spacing. When she counseled women, she was careful never to use the phrase "family planning" because that implies limiting the number of children: "I think the message is not to control the number of births. The message is not to plan their family life, it’s just to encourage them to space the children for the sake of the women and the children’s health."

Still, Noor says that for many women, the idea of "child spacing" prompted religious worries: "Am I doing the right thing? Is this religiously appropriate? Should Muslim women be using birth control? "

Hassan Mohamud is an Imam at the Islamic Dawah Center in St. Paul, Minnesota. After evening prayers recently, he stepped into his tiny office, stroked his beard, and explained why children are important to Muslim families: "In Islam, we don’t believe limiting the kids because the kids are in the hands of God. So if God wills that you have kids, nobody can stop that. That’s number one. Number two: There’s a prophecy that says, I love my nation, my society to have as many children so I will be proud of them on the Day of Judgment. So every Muslim loves to please prophet Mohammed, so we are competing, 'How many kids do you have?'"

But does the Quran ban birth control? Cawo Abdi is a professor at the University of Minnesota. She says the answer is no: "The consensus is that there is no verse that says, for example, contraception is haram, prohibited."

However, there is a verse that prohibits infanticide.

Abdi: "There are a lot who interpret infanticide to mean contraception is haram, because they interpret it as meaning killing of a child."

A few years ago, top Islamic scholars from around the world debated the issue at a meeting in Pakistan. Although their joint statement didn’t endorse birth control as a means of population control, they agreed that married couples could use contraception. Hassan Mohamud, the Imam who says the number of children Muslim couples have is in the hands of God, supports the "child spacing" program.

Mohamud helped craft the "child spacing" message for the program, and he’s comfortable discussing specific birth control options: "Using condom, people thought it was haram, although they are married. We are not encouraging people who are unmarried to use the condoms. We are talking about people who are married."

Mohamud says the program has been successful, but data on Somali birth rates in the US are hard to come by. So are Somali couples who are willing to talk openly about contraception. Several married couples who practice "child spacing" were approached for interviews, but all of them declined for fear of what other local Somalis might say.

Hibo Nuur’s song includes these words: "It is already written from God about the number of children. Be prepared." But then she sings, "Let it be in your heart and soul to space your children two, three, and four years."