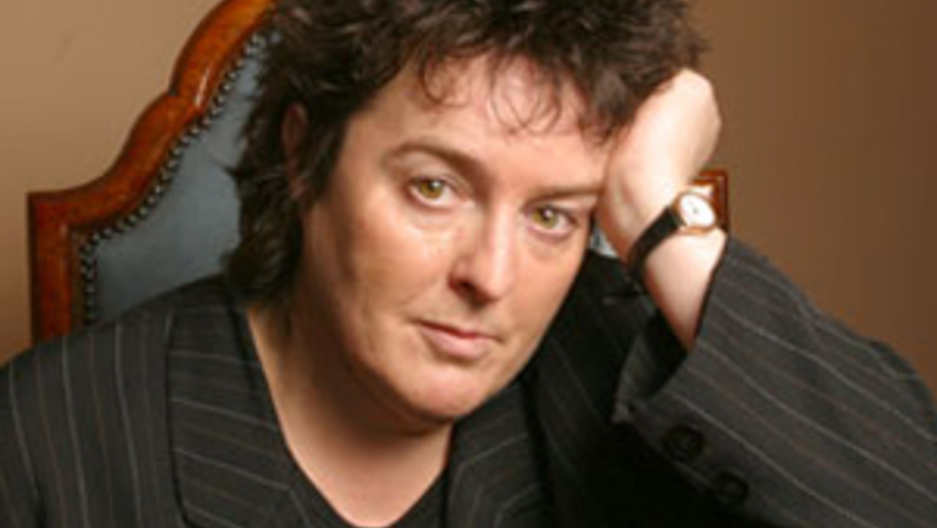 "The World" anchor Marco Werman speaks to Elaine Showalter about Carol Ann Duffy and why it's taken so long for a woman to hold the post of poet laureate. Showalter is Professor Emeritus of English at Princeton, and author of "A Literature of Their Own" -- a literary history of British women writers. She talks to Werman

The idea of being a country's "official poet" seems almost like a contradiction in terms. But that's exactly what a poet laureate is. Britain's just announced its new poet laureate: Carol Ann Duffy, who is the first woman to hold the post since it was created in 1668.

Duffy said she thought about that before accepting the honor: "I think my decision came down on the positive side simply because I think there should be a woman in the post, and I think the appointment of me as poet laureate is not so much about me but acknowledging the fantastic women poets we have in Britain."

Showalter says Duffy is a great choice: "Carol Ann Duffy is the best-selling poet in the UK, and her work is part of the course for high school students. So she is extremely well known. She's born in Scotland, in Glasglow. She's lived a good deal of her life in England. She is bisexual. She has a daughter, and she will be an extremely popular choice."

And explains why it's taken so long for a woman to be selected: "... you know, 'poet' and 'woman' were seen as two contending categories until now. In the 19th Century, Elizabeth Barrett Browning's name was booted about in 1850, but Tennyson got it. And then in the 1890's, everyone thought it was going to be Christina Rosetti, who was the greatest woman poet of her age. But people were so against having a woman in that position that they kept in unsettled until Alfred Austin was available a few years later. And he is by general agreement, the worst poet laureate ever."

Accordign to Showalter, "Carol Ann Duffy is best known for her feminist poems and mostly a book called 'The World's Wife,' that came out in 1999, which is a selection of poems written from the point of view of the wives, and sometimes the mothers and the sisters, of famous men. Men like Darwin, Elvis, the Cray Brothers, an enormous range of characters. So she's a highly skilled contemporary writer."

In "The World's Wife," there is a line in a poem called 'Darwin' that reads, "7 April, 1852. Went to the zoo. I said to him, 'Something about that chimpanzee over there reminds me of you.'"

Showalter: "It's wonderful. I mean, kind of the idea is partly -- it's her most anti-male book in a kind of humorous way, but often too in a darker way. And some of the poems are, like that one, suggest that it's the women who really came up with the ideas. Others are somewhat more complex."

Britain's literary culture is more appreciated than it is here in the US, says Showalter: "... it is certainly a literary culture that is a lot more centered and given a lot more publicity than the United States. And we too have a poet laureate in the United States, and I'd be very surprised if many people know who it is. But in England, the choice of the poet laureate is a great national occasion. There's a lot of speculation -- there's betting that goes on, and even quite ordinary people who wouldn't think of themselves as aficionados of poetry take part in this discussion."

Carol Ann Duffy will get an annual salary of $8500 dollars which she's already said she'll give to the Poetry Society. She's also going to get a traditional gift of a "butt of sack" which is about 600 bottles worth of Sherry donated by the Sherry Institute of Spain.

Showalter explains: "I think poets are expected to sip Sherry in the evenings when they have their wreaths on. And unfortunately, Andrew Motion, the current poet laureate, never picked up his consignment of Sherry. And he actually said that toward the end of his term as poet laureate, he was beginning to run a little dry."

Listen to interview with Elaine Showalter about her book, "A Literature of Their Own."