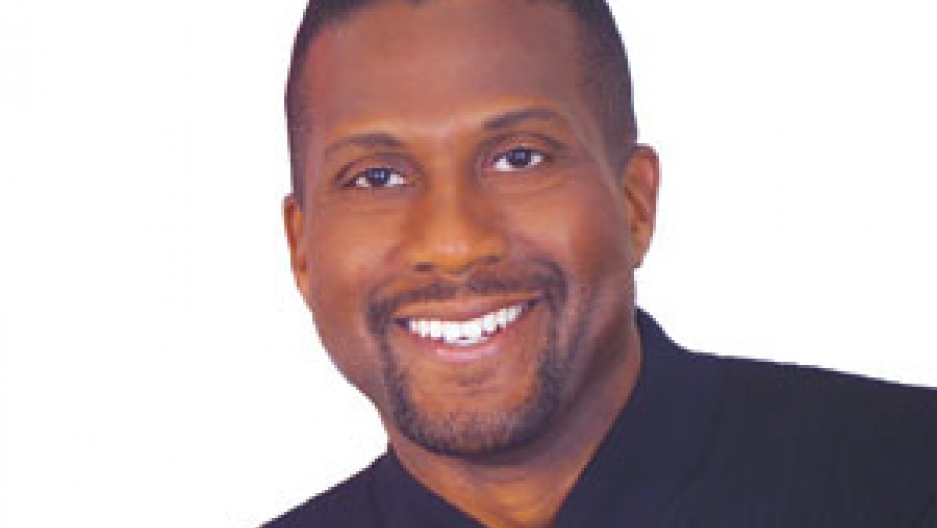 Tavis Smiley, host of Public Radio International's "The Tavis Smiley Show" -- which can be heard on 86 PRI Affiliate Stations, as well as online via tavistalks.com, pri.org, the PRI Stream and podcast -- has been chosen as one of "Time" magazine's 100 Most Influential People of 2009.

PBS television host Charlie Rose, in his essay about Smiley for the "Time" 100 issue, wrote: "Tavis has to go no further than his life to find a good story. It is a story of rising out of poverty with a purpose, of hearing the music of a dream, his hopes to be not just a broadcaster or a businessman but also a leader, a builder."

Rose also touches on Smiley' many media endeavors: "He has created an empire of his own with the Smiley Group. Tavis doesn't just write books; he publishes books. He doesn't just have an office; he owns an office building. But he wants more than the rewards of financial success, although he has pursued it with uncommon skills. He reaches for leadership. He has a passion to educate about the black experience, black history, black responsibility, black achievement and black people."

In addition to his radio and television work, Smiley has authored 14 books, including the book he edited, "Covenant with Black America," which became the first non-fiction book by a black owned publisher to reach #1 on the "New York Times" Best Seller List. His latest book, "Accountable: Making America as Good as Its Promise," examines hard-hitting truths about the issues our country faces, and addresses how our political leaders, corporations and finally, American citizens themselves can enforce accountability and effect change.

Smiley is also the presenter and creative force behind America I AM:  The African American Imprint.  This unprecedented traveling museum exhibition is touring the country for four years, celebrating the extraordinary impact of African American contributions to our nation and the world as told through rare artifacts, memorabilia and multimedia.

"Our company is proud to be a part of the visionary work that Tavis does to enlighten, encourage and empower diverse communities every day," said Carolyn Fowler, COO of The Smiley Group, Inc. "We are thrilled that "Time" magazine has acknowledged that Tavis is a unique voice on multiple media levels."

PRI began distributing Smiley’s public radio show in 2005 as part of its news and information program portfolio, which includes "The World," "The Takeaway" and "Here and Now."

PRI's CEO Alisa Miller says of Smiley, "Tavis is an incisive voice in American media. Whether he's grilling presidential candidates on policy, sharing compelling stories post-Katrina, or showcasing an aspiring young artist, he never fails to both inspire and inform. Tavis is a vital part of why America turns to PRI to hear a different voice."