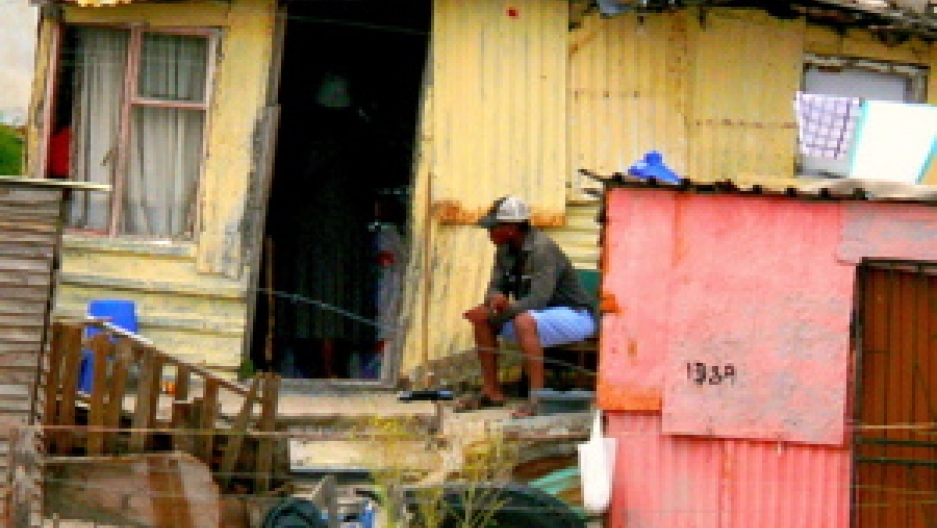 A 90-year-old Nelson Mandela appeared before 100,000 people at an election rally. He was cheered as he rode into a packed stadium with African National Congress leader Jacob Zuma. It was a powerful image for the millions of poor, black South Africans who still embrace the ANC as the party that defeated apartheid.

Zuma has survived corruption and sex scandals to emerge as one of the country's most popular leaders ever. And even though Nobel Prize winner, retired Archbishop Desmond Tutu, says Zuma is unfit to govern, Zuma won the South African Presidency.

The BBC’s John Humphrys reported from South Africa during the 1970s and recently returned to his old home in Johannesburg, to see how things have changed, or haven't.

Apart from the crime, life’s been pretty good for prosperous white people like Sharon and her family. They still have the servants and the wealth and most of the decent jobs. In the prosperous areas of the city, it's overwhelmingly white faces in the restaurants and black people serving them. So, for the white middle class, life seems good. But for poor whites, it's different.

Squatter camps outside Pretoria are a grim place with flimsy shacks, no running water, wandering animals and barefoot children. It’s kind of place you'd have expected to find homeless black people in the past, but these people are white.

There are about 80 of these squatter camps in this area, maybe 1,000 across the country. Humphrys speaks with Hans, who runs a squatter camp. He seemed resigned to the fact that he is now getting a dose of what blacks got under apartheid. "It's just turned around, and now white people are at the bottom. Nothing changed." In fact, everything’s changed, "the black people are running now, and the white people want some support from them. We don't know what to do.”

Why don't the poor whites have access to the same welfare as poor blacks? "If you've got a card what says ANC,” says Hans, “you can walk into any place, if you haven't got a card like that, you're down on the street."

But for every poor white, there are maybe a thousand poor blacks. In some areas, like the Eastern Cape, almost half the population is unemployed. And most of those with jobs earn a pittance. The gap between rich and poor has not closed with apartheid, it has whitened.

If there's one place in South Africa that sums up the despair of the old order and the hope of the new, it's in Alexandra Township, the oldest of the black townships. Here stand row after row of brand new houses, just what was promised when apartheid ended. They're modest enough, mostly one bedroom and a tin roof. But they're new, clean, and have plumbing.

But stretching to the rim of the valley are endless shacks, crammed together in a massive slum with no plumbing.  Yet these news houses, palaces by comparison, are empty. They stand as a potent, silent symbol of hope betrayed.

Nearly 2.5 million families in South Africa still have no real homes. Women stage regular protests outside the empty houses. “Let us go into the houses because there are rats in our shacks,” they sing. They have squatted in the houses until being thrown out by policy. They blame government corruption for their plight and say they don’t plan on voting.

Democracy in South Africa is still being tested. But for Humphrys it’s too soon to write of all the hope and sheer joy he remembers from reporting on that first democratic election.