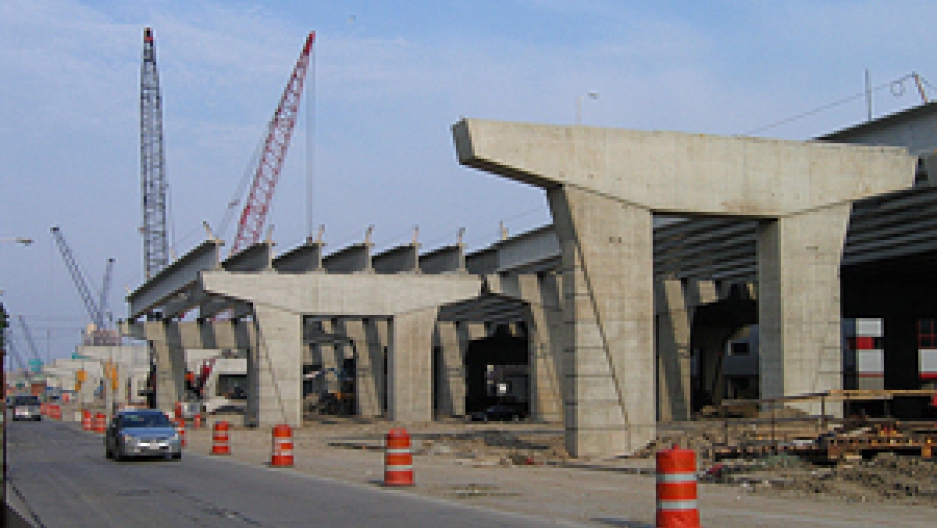 Vice President Biden announced the federal government is releasing $2.3 billion in recovery act funding for child care and vaccines. The announcement is the latest in a flurry of national and local announcements on how stimulus spending will be spent.  But, many communities are wondering if the funding will actually bring jobs to their neighborhoods.

Some states, such as Maryland, have immediately jumped on the money and started planning, spending, and even building. Other states (New York, for example) have done next to nothing with the money yet.

As to which benefits people may already be seeing, Takeaway Correspondent Andrea Bernstein says, "Most of the money that has come out into people's pockets has come out in the form of individual benefits.  Most American workers now are seeing a tax cut, and they are actually seeing a little bit of increased money in their paycheck. Foodstamp grants have been increased, people who have lost their jobs and are using COBRA insurance are being able to apply for an extension, and also unemployment benefits are being extended.

"Another big thing that has happened is that money has gone to the states for these so-called fiscal stabilization funds.  What  that means is that many states who are facing these drastic budget cuts have been able to cut their budgets less than they wanted to.  So, the idea is that they have to lay off fewer workers, they can continue to put money into the economy in various ways.

"And the other big pocket of money is that the transportation and infrastructure funds are beginning to arrive in the states, and be allocated for specific projects."

There is a different story everywhere, and some of the states made up their minds very, very quickly.  Maryland is one of them,  New Jersey is another, Massachusettes.  These are all states where they have a sort of streamlined planning process and said right away, 'We know where we want our money to go,' and they've begun to bid out the projects.  Other states, particularly some bigger ones like New York and California, they are still deciding."

"The Takeaway" is a national morning news program, delivering the news and analysis you need to catch up, start your day, and prepare for what’s ahead. The show is a co-production of WNYC and PRI, in editorial collaboration with the BBC, The New York Times Radio, and WGBH.
More at thetakeaway.org