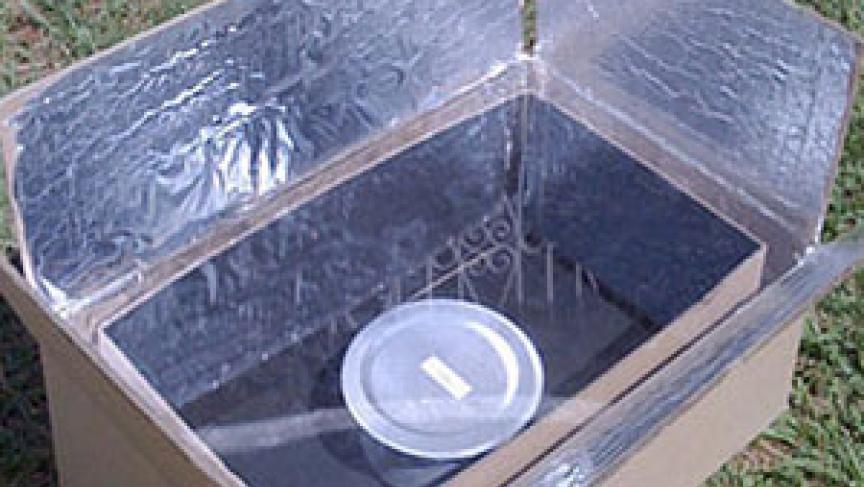 Millions of people around the globe depend on firewood to cook their meals, and that produces a lot of pollution. Well, now a Norwegian inventor has come up with an inexpensive way to use the sun's heat to cook food.

Keith Adams reports on "The World."

One of the most striking things about this award-winning idea is its simplicity. The solar-powered cooker consists of one cardboard box inside another, some tin foil to help catch the sunlight, and a perspex lid to trap the heat. And the cost should be around just five dollars.

Its inventor, John Bohmer, says that inside the solar oven it gets hot enough to cook but not enough to burn the cardboard. "You can boil and you can bake, but you cannot fry. So it sort of limits a bit what you can do, but I think the most useful thing it can do is just clean water. Then you can start doing things like boiling rice. You can make some succulent chicken in there as well."

Mr. Bohmer says his device could revolutionize the lives of the 3 billion people reliant on firewood for cooking. Aside from the environmental benefits such as slowing deforestation and the release of carbon into the atmosphere, the cooker will mean less hazardous and arduous trips into the forest for fuel, and by cooking slowly at low temperatures it helps preserve vitamins in the food itself. Trials of the cooker are now planned in countries across Africa and Asia.