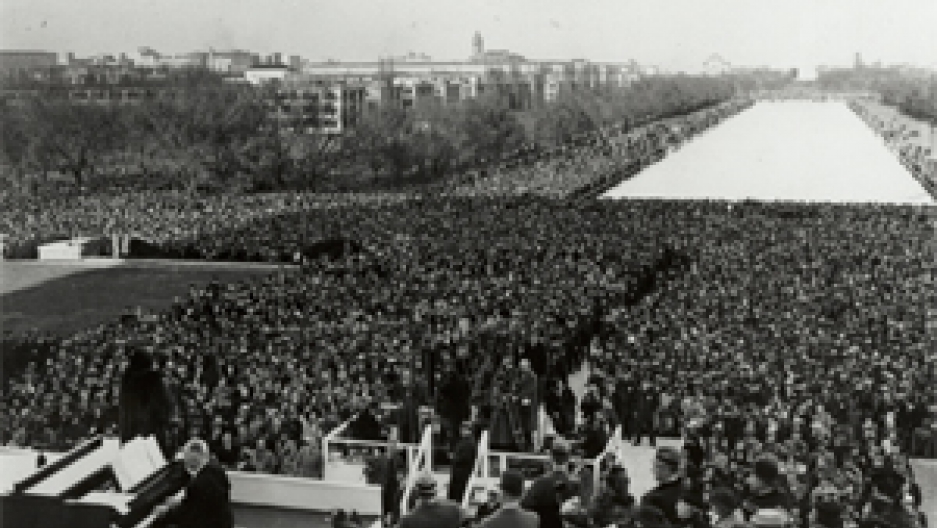 Seventy years ago on Easter Sunday 1939, Marian Anderson sang on the steps of the Lincoln Memorial.  It was a performance that made her an instant civil rights icon.  The Daughters of the American Revolution barred her from performing at Washington D.C.'s largest venue: Constitution Hall.

The concert packed the National Mall and Ms. Anderson became an overnight civil rights icon. For a look at what her legacy means in the 21st century The Takeaway turns to Patrik Henry Bass. He is the Senior Editor of "Essence" magazine and the author of "Like A Mighty Stream: The March on Washington, August 28, 1963."

The Daughters of the American Revolution' rule barring Anderson's performance caused then-First Lady Eleanor Roosevelt to resign from the organization.  This stands as one of the first actions taken by someone in the White House to address the era's racial inequality.

Anderson performed at the White House three years prior in 1936, making her the first African-American performer to do so.

A young Dr. Martin Luther King Jr. was in the audience that day.  It is fitting that Anderson was in attendance when Dr. King delivered his famous "I have a dream" speech many years later in 1963 -- she performed at the March on Washington.

Bass says that this performance in 1939 was evidence of the chipping away at racial inequality that was starting to make itself evident.  By subtly altering a phrase in the lyrics of "My Country 'Tis of Thee" from "I sing" to "We Sing," she acknowledged the event as one of the largest interracial gatherings up to that point.

"You have this woman from South Philadelphia, the duaghter of a school teacher and an ice deliverer, who was singing in Russian, and German, and Italian, who sang before kings and queens, who had performed at the White House.  She would return to the White House in 1939, and she would return to Constitution Hall in 1943 as a guest of the Daughters of the American Revolution."