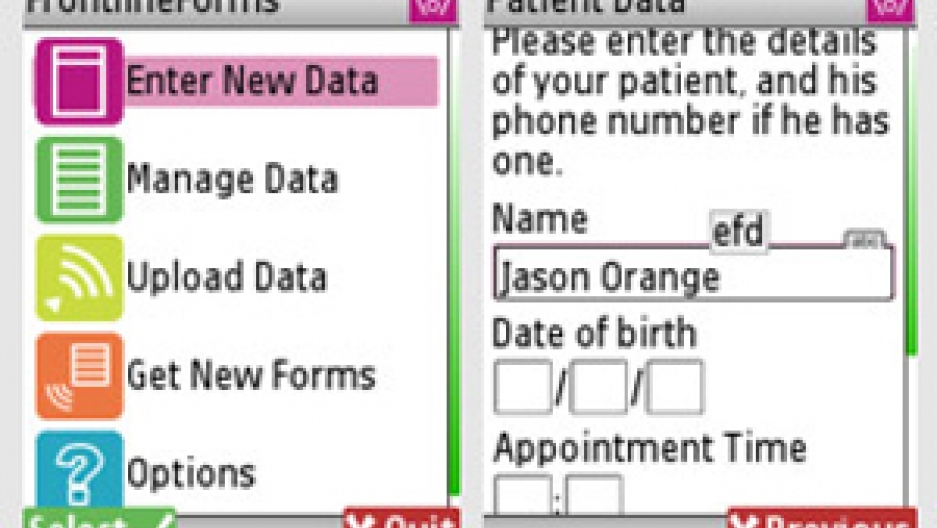 Ken Banks is the man behind one of the most interesting and useful mobile phone tools I've ever written about: FrontlineSMS. Ken jokingly and lovingly calls it "software with an attention deficit disorder." He's not helping, because he just keeps adding new features. The latest one is something called FrontlineForms. If FrontlineSMS turns a mobile phone network into a mass messaging system, then FrontlineForms is designed to turn that same network into a mass data collection and storage system.

Banks, in 2004, was working in South Africa with a project around Kruger National Park.  He was trying to help the park find ways to communicate with local communities.  It was just at that point when cellular phones started to get into the hands of people.  Kruger National Park wanted to use them to reach out and engage with the locals.  He looked around and didn't see any phone-based tools to help the park officials do that.  In 2005, he created a prototype called Frontline SMS.

"Frontline SMS is a piece of software, which is downloadable off of the internet, which turns a laptop computer and a mobile phone or modem into a two-way group messaging hub.  Once and NGO has the software on their computer, they can add in contacts of people they are trying to communicate with, whether they are farmers or health-care workers or human rights reporters, and then send out group messages to those people, and also get messages back all via SMS.  There is no need for the internet to use it."

Banks says that a number of the users were asking about data collection -- the tool's transistion from messaging to that seems logical.  Users design the for for their needs and send it out via SMS to those in the field.  Recipients view it on their mobile phones, complete the forms, and send it back to the headquarters for analysis and collection.

The service now has language support for Swahili, Chinese, Protugeuse, Spanish, French, English, Hindi, Ethiopian, and Arabic among others.  This is especially important as the technology gets deployed into more non-English speaking areas.  It may sound like small potatoes, but in many parts of the world, it could help collect health data, agricultural data, and even human rights data.