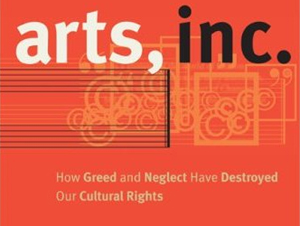 "The World's" Adeline Sire explores what that could mean for the arts in the US.

Cuba is small. Many artists in the United States and abroad were heartened by the election of Barack Obama as President. They view him as an advocate for the arts. And some are hoping he'll go further. Musician Quincy Jones has circulated a petition urging the creation of a cabinet-level Secretary of the Arts. Other countries, such as Britain, France and China, have a similar office. It's called "minister of culture." And that made The World's Adeline Sire wonder how well a minister of culture would work out here.

French lawmaker, Jack Lang, knows a thing or two about running a government cultural office. He served as France's minister of culture for 10 years. And Lang makes no secret of his admiration for Barack Obama's cultural credentials. “He is a man of culture,” Lang says, “he is a sophisticated man, an intellectual, a man of action too, and a man with positive vision and pragmatism.” Lang points to some of candidate Obama's proposals during the campaign. For instance, the idea of creating an artist corps to work in low-income areas, or expanding partnerships between schools and arts organizations.

But could the French concept of a culture minister, a guardian of the country's cultural and national identity really work in the United States? Bill Ivey, a former Chairman of the National Endowment for the Arts, doesn't think so.

"The US doesn't have either the luxury or the curse depending on how you define it of thinking of itself as a monoculture and so we will be forced to take a different approach. The U.S. has never had a very strong sense of American-ness as a national identity. The diversity of the culture, in fact, of our society has probably prevented us in many ways from dealing with our cultural life in a centralized fashion."

Ivey directs the Curb Center for Art, Enterprise and Public Policy at Vanderbilt University. He also led President Obama's Transition Team for the Arts. He says a U.S. cultural official shouldn't try to dictate what's American or even what's art and what's not. Instead, Ivey hopes such an appointee would serve as a coordinator and a policy maker for the arts and culture on a national scale.

"While I was working in the transition, I advocated as aggressively as I could, not for a cabinet position or an "Arts Czar" as some have called it, but, rather, for a portfolio that would be assigned to the Domestic Policy Council so that there would be a person in the West Wing at a high level on the President's staff who would have daily concern with the work of cultural agencies."

That hasn't really happened yet. President Obama has given a staff member in the West Wing limited responsibility for arts and culture. But that's not the high level position Bill Ivey envisioned. Still, Ivey is optimistic the administration will ultimately appoint someone with permanent responsibilities for arts and culture. Meanwhile, as far as former French culture minister Jack Lang is concerned, President Obama already has a cultural ambassador to the rest of the world.

Support PRI when you purchase Bill Ivey's book "Arts, Inc.: How Greed and Neglect Have Destroyed Our Cultural Rights"