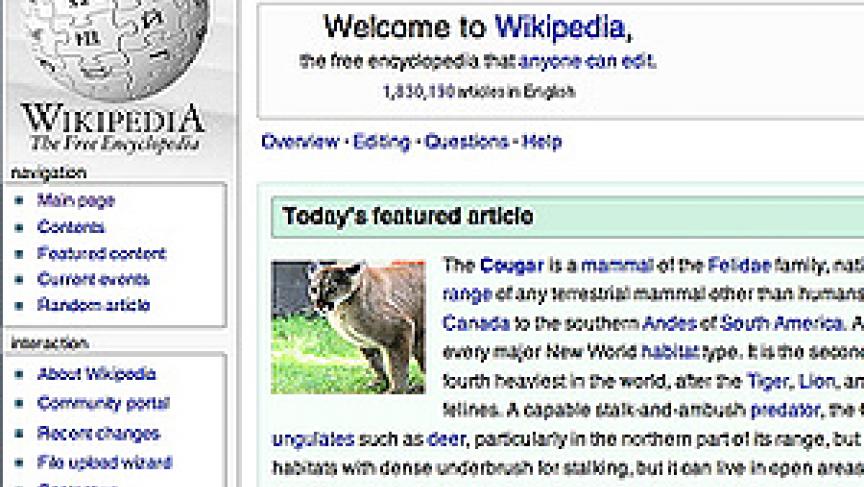 Wikipedia is not your father's encyclopedia. First of all, it doesn't sit on a shelf. It exists online. Wikipedia has 2 million separate articles in some 250 different languages, all at a web surfer's fingertips. Articles aren't written by experts but really anyone who wants to contribute. So it's really a sense that the community of Wikipedians out there is continually editing itself.

Which is part of why it's very controversial.

Andrew Lih is the author of a new book called, "The Wikipedia Revolution: How a Bunch of Nobodies Created the World's Greatest Encyclopedia."

In this interview with "The World's" Clark Boyd, Lih says when he first heard about Wikipedia in 2005, he thought it was sheer lunacy. But then he opened up his laptop and started looking at it:

Lih calls it the "Piranha Effect" -- "I did mention the ant model a little bit because it is what we call 'immersion behavior'. There's no single editorial authority that says, 'Okay. Now I'm assigning you to do this,' or 'This is the new policy and everyone must follow it.' It really is editors at an individual level, and the work of each person feeding off the work of other folks. And the 'feeding” part comes into the Piranha Effect. And this is a phrase the French Wikipedians have come up with, and they call it the Piranha Effect because once someone does one action, it puts a little blood in the water and it signals other folks to say, 'Hey. That's a really cool change. I know something else I can do to improve it,' and a lot of fish flocking to make short work of a task."

But it also hits on the contentions that can arise, too. It's not a clean and orderly process, getting to a finished article on Wikipedia.

Lih: "That's right. So you know, with a feeding frenzy, you might actually have piranha biting piranha in the process -- and this often happens in Wikipedia. It's not all peaches and cream in the community.

One example Lih gives in his book of what can happen around a controversial article involved "Gdansk" and "Dansig": "One of the most contentious and famous edit wars in Wikipedia history was the battle between the people who believed calling the city of Gdansk 'Dansig' or the city of Dansig 'Gdansk'. And throughout history, this one city has moved between Polish rule, Russian, German, and even a free state on its own. So for over a year, people were debating whether to call the city 'Gdansk' or 'Dansig' depending on what eras you're talking about – whether you're talking about today or 1300s, 1500s, 1700s – until one day someone just said, 'I can't take it anymore.' And they created a straw poll in the community that said, 'Here are the multiple eras through which there is contention about whether to call this Gdansk or Dansig.' It listed every era, listed 'Gdansk', 'Dansig' or some other choice, and says, 'I want the community to vote.' And after weeks and weeks of voting, they finally came up with a solution with different eras and whether to call it Gdansk or Dansig. And today, you will find that this is now settled in the community."