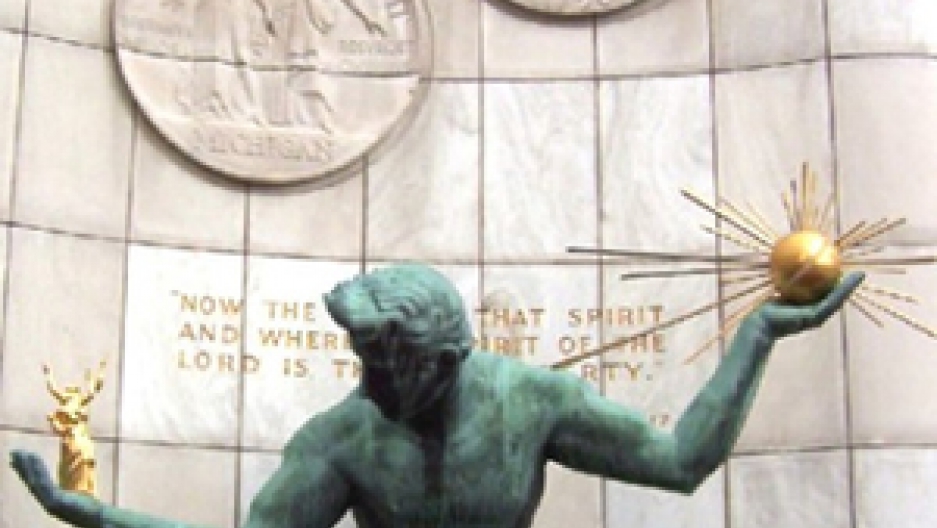 With Detroit home prices at record lows, is this the end of a great American city or its best chance for revival? How will the crash reshape America? That is the title question of Richard Florida's piece in the "Atlantic" this month. On "To the Point," he talks about how the collapse of the Big Three automakers might actually turn out to be a good thing for Detroit.

Florida: "Detroit has long been a center for artists and musicians, obviously it has one of the greatest music scenes the world has ever known, and for folks listening, not just Motown -- I mean everything from the original rock, to the proto-punk of people like Iggy Pop to Jack White and the White Stripes, to techno and electro and everything in between.

"And then obviously Detroit has an enourmous history in architecture and design. The Cranbrook Institute is where a guy named Cernan -- if you follow modern architecture, modern design -- migrated when he left Europe.

"So I think that, finally with ... the impending even greater collapse of auto, Detroit is finally waking up to one of the most important things that's always made it great, which is artistic and musical, and architectural and design creativity.

"And housing is cheap ... people are flocking because they can be creative and have an affordable place to live."

Florida says the auto industry really "quelced" the creativity and innovation in Detroit: "I think that because Detroit became so conservative -- schmaltzy conservative -- and because this management that kind of ruined the [car] companies ran the town, they chased out a lot of the creative effort.