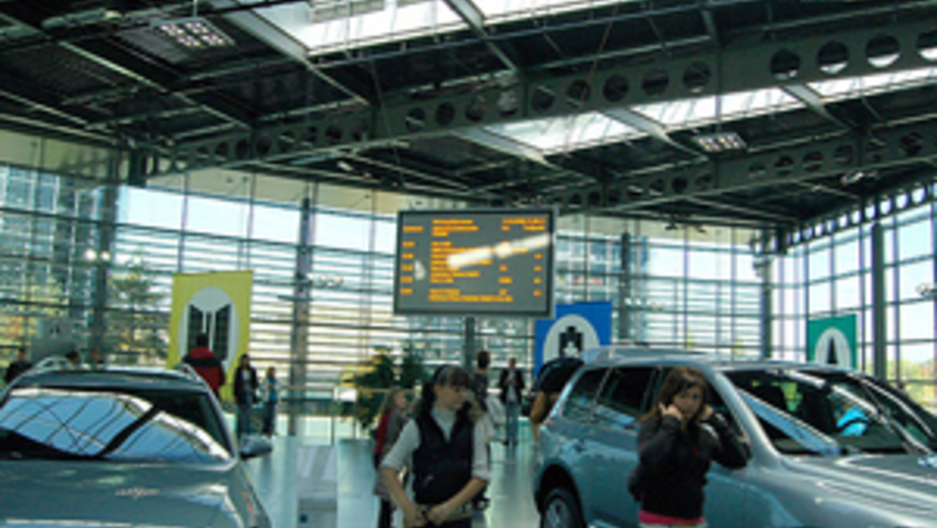 There is one bright spot for the auto industry right now: it's in Germany. On "The World," BBC correspondent Steve Rosenberg talks about a statistic that American car dealers could envy: "This is quite remarkable really. I mean, there's so much economic doom and gloom around at the moment, but listen to this. In Germany in February, there was a 22 percent rise in the number of cars being sold. In other words, Germans are rushing out to the car showrooms with their cash and their credit cards, and they're spending money on automobiles as if there was no tomorrow."

The reason for this according to Rosenberg: "It's all to do with a new law that the German government has adopted to try to encourage people to go out and buy new cars. And the law says this: that if you get rid of your old car, which is more than 9 years old -- you crush it, you destroy it -- and you go out and you buy a new car -- it doesn't matter if it's German or American or Japanese or comes from Mars; it doesn't matter. As long as it's new and environmentally friendly, then you will get $3,000 dollars from the state towards that car. And that has sparked a boom in car sales, and people are rushing out to buy them."

As for what the German government deems "environtmentally friendly": "Well, there's a whole list of criteria that the government has put together. But basically most of the new cars that are on sale at the moment do meet those criteria. The idea is to get the gas-guzzlers, the ones that are hurting the environment, and get people going out and spending money on cars. The German Vehicle Association believes that, you know, this isn't a panacea. It's not going to solve the problem, but it will keep things bumbling along. It will help the auto industry in Germany and in other countries too."

The downside in all this: "Well, at the moment, there always seems to be a bad side. And the down side here is that three-quarters of all the cars that Germans makes, that German car manufacturers make, are sold on foreign markets. They're sold for exports, and exports have collapsed because of the global downturn. And there's no sign of exports rising soon, so even if Germans are rushing out and buying cars on the domestic market, that is not going to really end the economic crisis anytime soon."

Rosenberg says smaller cars are selling well with Germans, but American cars are not fairing so well: "Well, I went to a car showroom today and there were people buying all kinds of cars – I think particularly smaller cars at the moment. You know, Germans like their expensive, shiny cars, but we are in an economic crisis and the smaller cars are doing quite well at the moment.