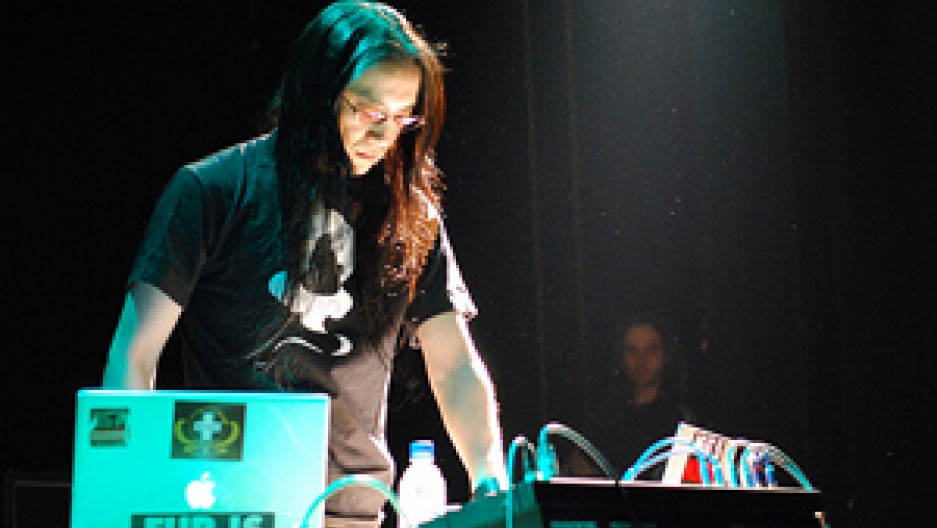 Paul Hegarty is a lecturer in Philosophy and Visual Culture at University College Cork in Ireland. He's also really into Noise/Music and is the author of "Noise/Music: A History." There he makes the case that the Japanese are central to the history of noise music.  He talks with Steve Paulson about the Japanese contributions to the genre.

Of his first exposure to noise music, Hegarty says, "It was in Nottingham in 1993, I'd say, and I looked at this beautiful album called 'Anti-monument' by Merzbow, in a cardboard, very long cover with stuck-on pictures of planes and things falling apart."

Merzbow is the working name for Japanese sound artist Masami Akita, one of the most important and prolific artists in the noise music genre.

"I got that home and it was just banging and clattering and noises.  This is good.  Are you allowed to do this?  So, at a personal level, it  was my way into another level of strange music way beyond the industrial music that was then in vogue like Ministry and Nine Inch Nails and so on.  It turned out that there is tons of this stuff out there.

"The 1990s is when it really became sort of a pure thing, where Merzbow gets louder and louder.  The rock bands, like Keiji Haino's Fushitsusha, got started in the 1990s.  There was this drive to, like an arms race, towards extreme volume and extreme content at the same time."

Hegarty says that the roots of this phenomenon can be traced back to the early 1970s, with the arrival of avant-garde & free jazz, progressive rock, and heavy metal.  The trend was to take these more finge-appeal musics and reinforce some of their signifying characteristics.

"(Japanese noise-rock artsits) Acid Mothers Temple...basically sound like (seminal U.K. progressive rock band) Hawkwind, but they are a lot louder.  Every song is twenty-five to thirty minutes long, or twenty-five to thirty seconds long.  So that would be a kind of typical strategy.  They're not the noisiest, they're just rock music, really.  But that's the kind of thing that was happening in the 1980s -- taking every kind of genre and mixing them together, or perhaps, stretching them out altogether."

Whether some of these items qualify as noise, or music, or both, is a point of dispute among enthusiasts and detractors.  "Noise is some kind of judgement, so you need a system of meaning, you need systems of language with which to compare the thing you are calling noise."