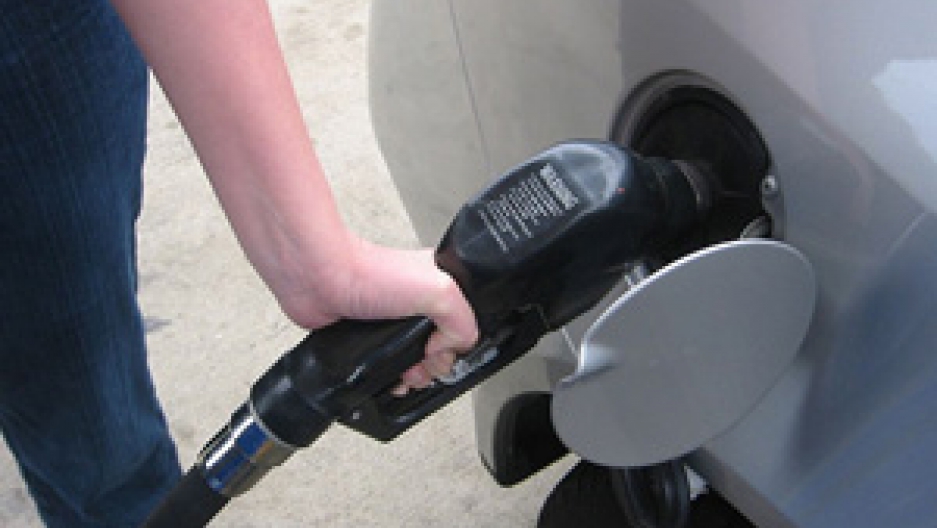 Reducing greenhouse gas emissions isn't just a good idea – in California, it's the law. The state is the first in the nation to go on a low carb diet. Three years ago it passed legislation restricting the release of climate change gases across its economy.

Now, it's come up with detailed formulas that producers of transportation fuels must use to count all of the carbon in their products. It's a market based mechanism designed to dramatically cut the state's carbon footprint says Anthony Eggert -- he's Senior Policy Advisor with the California Air Resources Board: "The basics of the low carbon fuel standard is to reduce the carbon intensity of transportation fuels by ten percent by the year 2020. And what that means is that for all of the fuels that are sold within the state, we assign different values of carbon associated with those fuels based on their full lifecycle emissions profile. Lifecycle emissions are the total emissions that are released throughout a fuel's full lifecycle, which includes, for example, for petroleum it would be the extraction from the well, processing in the refinery, and the distribution and eventual burning in a combustion engine."

So if fuel producers have to reduce the amount of greenhouse gases that are in their products, that means Eggert's group will calculate how much carbon is involved in every type of vehicle fuel: "Yeah, that's correct. This basically embodies what's called lifecycle analysis. To really make an accurate accounting of what the total impact of producing those fuels from the well head to wheel – or in the case of biofuel, from field to wheel - and make a calculation at each step and figured out what the contribution of each of those steps to its total greenhouse gas emissions profile. We believe this is probably the most comprehensive attempt at doing this full lifecycle accounting and using it for the purposes of a performance standard for regulating vehicle fuels."

The lucky fuel producers who are going to come out ahead according to Eggert: "The winners are any fuel provider that can produce a fuel that beats basically petroleum. So, for example, an advanced biofuel that uses a cellulose waste feedstock, some of these advanced biofuels can achieve 60, 70, 80 percent reduction in lifecycle greenhouse gas emissions. In addition to that, electricity – we hope to see more electric vehicles here within the state, using either electricity or hydrogen, both of which score very well in terms of their carbon intensity as a fuel."

The losers: "The fuels that are, I guess, you know, going to face a significant disadvantage are the coal to liquids. When you produce a liquid fuel from coal without taking steps to, for example, sequester the carbon, the emissions can be double that of gasoline. Also, we're taking a very close look at the oil sands from Alberta and the processing that's required to extract and turn those oil sands into a transportation fuel, in many cases results in higher emissions than today's conventional petroleum.

How he expects major refiners to meet this new California standard: "The way we expect that the refiners will meet the standard is blending increasing amounts of low carbon biofuels, especially as these more advanced biofuels come online. Over the mid and long term, an increasing number and quantity of things like electricity, hydrogen and perhaps natural gas – all of these will generate credits for the refiners to use to comply with the standard. You know, what we're trying to affect here is really a complete transformation of our transportation energy system. To achieve our 2050 goals for greenhouse gas emissions, which the governor has set out eighty percent below 1990 levels by 2050, really requires that we completely transform and de-carbonize our transportation energy system."

Catherine Reheis Boyd represents refiners and oil and gas companies in six western states including California. She's executive vice president of WSPA, the Western States Petroleum Association: "It is probably the most transforming fuel regulation ever envisioned by the California Resources Board. And – while it will be a big challenge – as you can imagine when you're dealing with people driving their cars and trying to get from A to B every day, they are going to need sufficient quantities of fuel, and they're going to need them to be reliable and affordable. So, whatever we do as refiners, we have to insure that the consumers are satisfied, or the program will not succeed. So, that's where we need to start with what is cost effective and what types of fuels are available."

As for what fuels are going to be available: "Well you have several choices as refiners, and one of those is to blend into your gasoline and diesel a biofuel which would supposedly reduce its carbon intensity. And the choices we have at this point in time are corn-based ethanol. And corn-based ethanol in some cases, benefits climate change and in other cases it does not. And so it isn't the silver bullet that they had hoped for. The other types of fuels that will be available in the future will be things like cellulosic ethanol, that is ethanol that doesn't have a lot of emissions associated with its planting and harvesting, because it's the biomass, it's the byproducts of these different types of ethanol crops. Problem is, it's not available yet, and we're very worried that it won't be in sufficient quantities to meet the regulation in the timelines that have been outlined."

Boyd is uncertain about whether the law will work: "Well, we don't know yet, is the honest answer. Obviously we're going to be bound to compliance and if we don't, we – there are very strict enforcement penalties. And so the challenge for us is to figure out a way to make this work. One thing we think is very important for the Air Resources Board to include in this regulation which, by the way, is 700 pages in length and we have 45 days to an adoption hearing – but if they don't include in the regulation some very definite periodic reviews as we go forward to 2020, we get very concerned about the uncertainty and the ramifications of that uncertainty to the ability of people to be mobile. And cost is extremely important in the economic analysis that was just released as well – comes to the conclusion that this is economic, it's cost effective, it can be achieved at no cost to the consumer. Now, being in this business for 22 years and being through three formulations of gasoline, that has never occurred, and that has been on gasoline and diesel reformulations that we know of, that we are familiar with. Here we're talking about fuels that haven't even been envisioned yet, haven't even been invented in some cases. And certainly in the quantities that will be needed to reach these targets. So we are very concerned and certainly we're hoping for more time than 45 days."