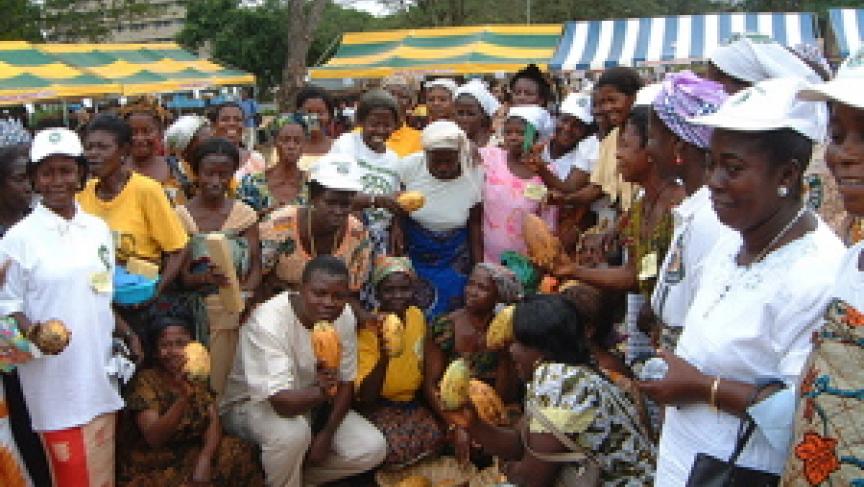 One of the world’s most-loved candy bars is getting an ethical makeover – at least in Britain. Cadbury’s Dairy Milk bar will become certified as fair trade by the summer. That means that cocoa farmers in Africa will earn a guaranteed minimum price for their harvest.

"The World" reporter Laura Lynch filed this report from London.

It may not be Britain’s nor the world’s most luxurious chocolate bar, but Dairy Milk has been outselling its competitors in the candy shops for more than a century. A nice treat for the masses, but it’s the end result of backbreaking work for farmers who harvest the cocoa beans.

Usu Menz, a farmer in Ghana, calls it hard work with no guarantee of a profit. "And it costs a lot of money. Sometimes you may get the money you spent in the year, sometimes we don’t get. But we have been born into it so we can’t escape from it. So we take it like that"

The chocolate industry has been suffering the bitter aftertaste of growing criticism that it doesn’t pay farmers fairly, that children work as virtual slaves on some farms. Today, Cadbury announced a bold move to try to clean up its image. It’s dipping into the world of ethical chocolate by guaranteeing Dairy Milk in Britain and Ireland will be made with fair trade cocoa from Ghana.

Michael Nkonu is with the organization that awards the fair-trade seal of approval. "And Cadbury, joining us from the mainstream actually means that we are going to expand the range and include many farmers. Over 50,000 new farmers are going to come on board. And we think that’s going to improve livelihood. If you multiply that by six, of the family size, that is a lot for many farmers in Ghana."

Those farmers are now guaranteed a minimum price for their cocoa plus a premium of $150 dollars per metric ton. Cadbury says this is only the beginning. Fair trade credentials may not be a critical selling point in the United States chocolate industry, but fair trade coffee is gaining market share, so the company plans to certify more of its products as fair trade and to sell them across the Atlantic in the months and years to come.