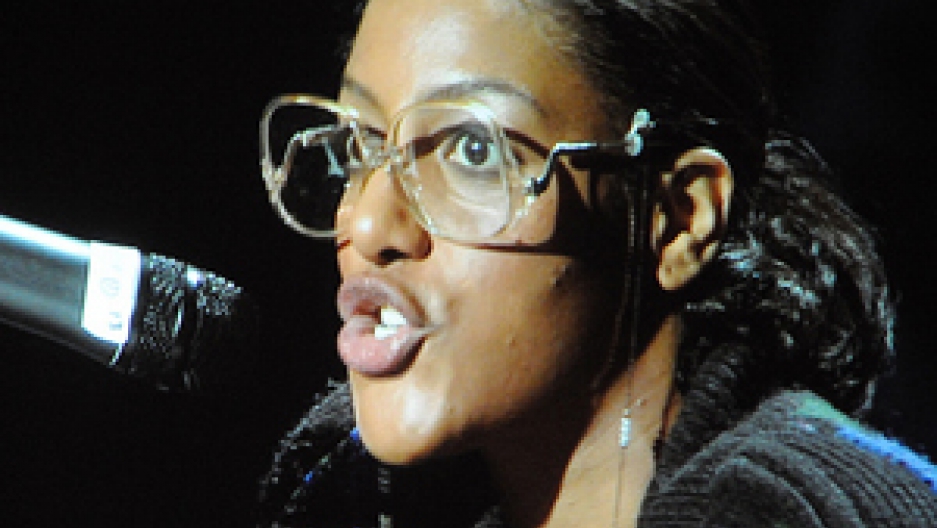 Black is not just a skin color; it's a quality of voice. On "Studio 360," Sarah Jones, the Tony Award-winning performer, talks with linguist John McWhorter about what it means to sound black today. They look at how Barack Obama has used "blaccent" to drive audiences wild.

This segment, produced by "Studio 360's" Derek John, recently won a Gracie Award for Outstanding Feature. The Gracies recognize exemplary programming created for women, by women and about women in all facets of electronic media, as well as individuals who have made contributions to the industry. The awards program also encourages the realistic and multifaceted portrayal of women in entertainment, commercials, news, features and other programs

Sarah Jones is the Tony Award-winning performer, whose shows like "Bridge & Tunnel"  feature a whole cast of characters, black and white, and of other races, all played by Jones herself.

"Just like Barack Obama, I am a person of mixed-race heritage.  But, I am identified, and am clearly identifiable as African-American, or black.  That is, at least, if you look at me.  But what if you are listening to me?" asks Jones.  "Do I sound black? Do I have a 'blaccent?'"

John McWhorter, a professor at Columbia University and speaker of ten languages, coined the term "blaccent."

"Blaccent is interesting because it is a very hazy concept in people's minds.  So if you say that there is such a thing as Black English, what most people think of immediately is teen hip-hop slang.  The sad thing is that for many people, the blaccent connotes lack of intelligence.  And I think we know historical reasons for that.

"And on the other hand, there is an ambiguous relationship to it because especially when the blaccent comes from an older person it connotes a certain warmth.  And so we have gotten to the point where Morgan Freeman, or that Morgan Freeman voice is now considered a wonderful voice for a narrator in a movie or in a TV commercial.

"Also, the black female voice, as long as she is middle aged, that kind of nice, leathery sound, that is something that is considered warm and authoritative."

Jones says, "So maybe the challenge is 'How do we avoid placing value judgements on (accent) differences."