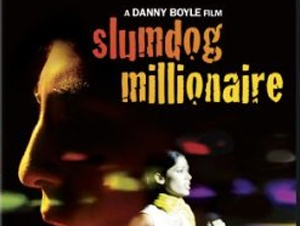 Indian composer A.R. Rahman wanted to get away from musical cliches when he scored "Slumdog Millionaire."

"In a film, when you see an Indian face, you normally think you're going to hear sitar and doleks and stuff like that, so, for us, the first thing that you hear in the film needed to have the quality of 'put on your seat belt' kind of a thing."

"Slumdog Millionaire" in the improbable story of a young man's journey, from the misery of the slums of Mumbai to the stardom of India's version of the game show "Who Wants to be a Millionaire?"

One of the parameters Danny Boyle wanted for the soundtrack was one word - "loud."

Rahman also composed a more traditionally cinematic score for the 2007 film "Elizabeth: The Golden Age."  It was a world apart from the work on "Slumdog Millionaire" where he was granted the task of writing what became a set of pop songs, as opposed to a grand orchestral soundscape.

"'(Elizabeth: The) Golden Age' is more of a period film, a fantasy, so it had to have a kind of authenticity in it.  Whereas in ('Slumdog Millionaire'), when I watched it, it is all about redemption in the end, and it gives hope."