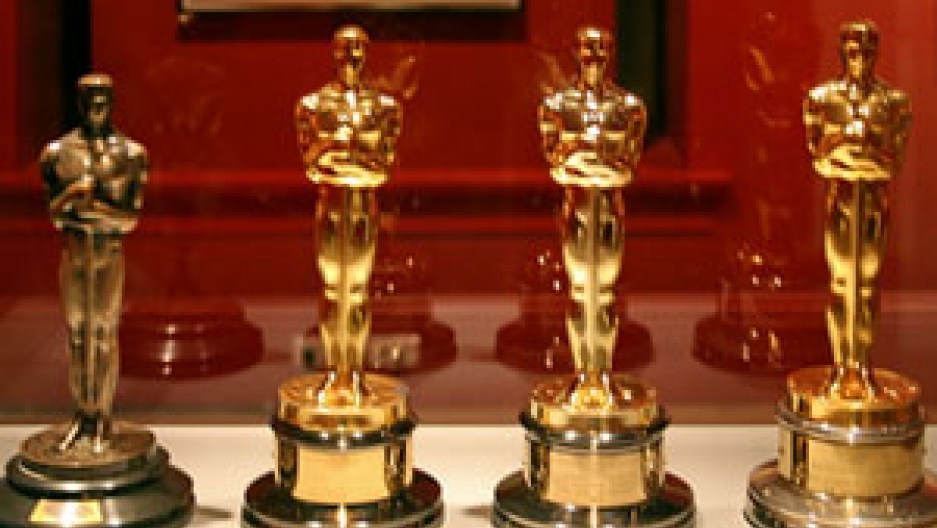 Oscar night was a hodgepodge of global culture and serious talk of human rights.

David Carr, who writes the Carpetbagger blog for the "New York Times," was on the red carpet at last night's Academy Awards. He gives a recap of the Oscars on "The Takeaway."

"What I was struck by is ... you open with a song and dance scene straight out of the 1930s, 1940s kind of a ... post-depression song-and-dance; and then it sort of bumped into a lot of Bollywood ... which after all is a version of that Hollywood kind of coming back at us. And it was underpinned ... I mean you can't have Heath Ledger's family coming up there and not have a moment of really profound sadness about what is lost, and I think that his death and the need to acknowledge that kind of hung over things a bit as well."

As for Hugh Jackman's performance as host of the show, Carr says: "I don't think there's a lot of people [who] can do that high-low thing that he did, and really pulled off. He was both doing things earnestly and ironically at the same time. Very gifted performer, big range of talent. I know the producers were very happy. And I gotta tell you ... I was just at the Vanity Fair party and people were fairly ecstatic about what they saw."

Carr on the "Slumdog Millionaire" phenomenon: "I saw a big-time Hollywood producer -- he was at the Governor's Ball afterwards -- he said 'well, so this means I could make a movie in China' ... and I just said to him well you always could, it's just Hollywood ... they want to minimize risk as much as possible. And "Slumdog Millionaire" is a dream of a movie in that it was made for not much -- just past $100 million dollars -- and you could look in the past ... look at "Juno" last year, [which] came out of nowhere and did really, really huge business."