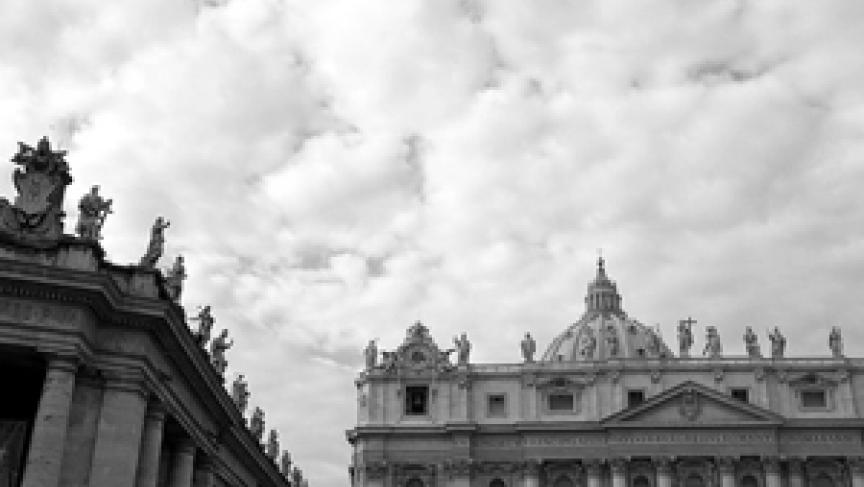 After facing days of condemnation and anger, the Vatican has demanded a controversial British-born Roman Catholic bishop retract his remarks about the Holocaust. Richard Williamson has repeatedly denied the existence of Nazi gas chambers, as he did in this interview with Swedish radio in December:

WILLIAMSON: "I believe that the historical evidence is hugely against six million Jews having been deliberately gassed in gas chambers as a deliberate policy of Adolf Hitler."

INTERVIEWER:  "But you say not one Jew was killed?"

INTERVIEWER:  "So there was no gas chambers?"

WILLIAMSON:  "I believe there were no gas chambers, yes."

The Vatican got involved because Pope Benedict recently reinstated Williamson. He was ex-communicated 21 years ago for ultra-conservative views. "The World's" Laura Lynch reports.

A German Pope facing the wrath of so many Germans. This week, Chancellor Angela Merkel challenged the Pope to make it clear there can be no Holocaust denial. "Der Spiegel" magazine labeled Benedict the 16th out of touch. It says he has disgraced the Catholic Church.

Theology Professor Hans Kueng, who worked with Benedict in the 1960s, isn't surprised: "He is a very bright person – very intelligent, very knowledgeable – but he lives in a rather isolated way. And if you look out from the windows of the Vatican to the world, you do not see how the world really is. And I think he just cannot imagine the impact, the very catastrophic impact, of such an action – that he accepts a bishop as a Catholic Bishop who denies the Holocaust."

The Vatican finally responded, calling on Bishop Williamson to take back his statements.  Rafael Gallagher watched it all unfold in Rome, where he teaches religion: " I'll have to say that I was surprised, because all the indications here in the last few days was the Vatican was going to say no more. They repeated statements the Pope had made in the past, so the issuing of the statement came as a surprise to me – a happy surprise."

Still, it may not be enough to undo the damage. There are Jewish leaders welcoming the statement, but Edward Kessler of the Center for the Study of Jewish Christian Relations in Britain, says the Pope and the Vatican have more work to do: "We have to ask how did it get to this point that such a man could be welcomed back into the church?  I mean, he’s not just a Holocaust denier.  This is somebody who thought that 9/11 was a conspiracy; who thought women shouldn’t go to University.  I mean, it is outrageous and it is very worrying."

Since Benedict became the Pope almost four years ago, he's attracted his fair share of controversy. In 2006, he offended Muslims by repeating a scholarly quote linking Islam and evil. The Pope still has his defenders.

The former editor of "The Catholic Herald," William Oddie, believes Benedict has moved quickly and decisively: "He's made quite clear – for instance, his latest statement: 'I renew with affection the expression of my full and unquestionable solidarity with our Jewish brothers. I hope the memory of the Shoah will induce humanity to reflect on the unpredictable powers of hate when it conquers the heart of man.' Those are the views of the Pope."

As much as his views, it is the Pope's actions that are under scrutiny right now. The world will be watching to see what he will do if Bishop Williamson stays silent.