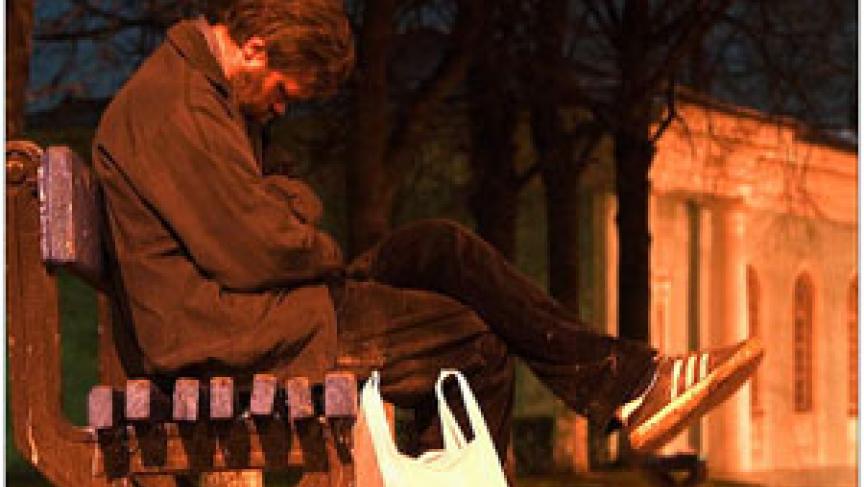 The study published in the medical journal, "The Lancet," found that the collapse of the Soviet Union led to higher death rates in many former communist countries. "The World's" Lisa Mullins finds out more from the study's lead author, David Stuckler in Oxford, England.

Stuckler describes the study: "The point of our study was to build on previous research that had noted that unemployment and hazards of alcohol drinking were key drivers of rises in mortality. But to start thinking about why did some countries face such greater mortality surges than others did?

"There was a debate about how should reform proceed. And on one side, there was a group of top economic advisors that said the Soviet Union faced a tremendous political window of opportunity to make the leap over to capitalism, and that their claim was that if reforms were delayed, workers might try to block them and Russia and other soviet countries would end up with an inadequate form of market socialism or state capitalism. Well, on the other side was a camp of gradualists who drew experience from China which didn't shatter all of the existing state institutions but instead allowed for a more gradual approach to reform.  Privatization on such a large scale was truly unprecedented.  Margaret Thatcher of Britain, the so-called "Great Privatizer," in her 11-year tenure privatized 20, 30 firms. Russia, in the span of 2 years, was facing the challenge of having to privatize 200,000 state-owned firms.

"Within five years after reform started, there were over 3,000,000 avoidable deaths, according to the United Nations. In some countries like Russia, life expectancy plummeted by five years. Whereas in others, such as Slovakia, for example, life expectancy went straight up."

The causes of deaths, according to Stuckler: "We know that the rise in deaths was driven by heart attacks, strokes, suicides, homicides, largely accidents and alcohol-related mortality such as cirrhosis of the liver."

For many of these countries, if the process had been done quickly and correctly and the worst gotten over with, there would be health benefits further on down the line: "That was exactly the logic – short-term pain, long-term gain. In this study, we tested how painful was that short-term period. And it looks to have been devastating. As far as we can tell, in the data, there has been no sign that the countries that followed the rapid approach have fared any better than the countries that followed a slow route."

Currently, much of the world is going through a transition economically -- there are countries in particular such as China, India and Iraq that are. Here in the United States there are to a lesser extent, but still very palpable changes in the economy and changes in people’s lives. Stuckler says there are lessons that can be drawn from the transition that he studied from communism to capitalism:

"I think one of the take home messages to our study is that it reminds us that whenever policies seek to radically re-haul the way a society is organized economically, that it can have very crucial consequences for health.  The good news is that the shocks in the state aren’t quite the one-two punch we saw in Russia where workers were put in a hard position while at the same time social safety nets were being shattered.  I think this study has more implications for developing countries which still have large, state-owned sectors such as China and India, where similar reforms are on the table."