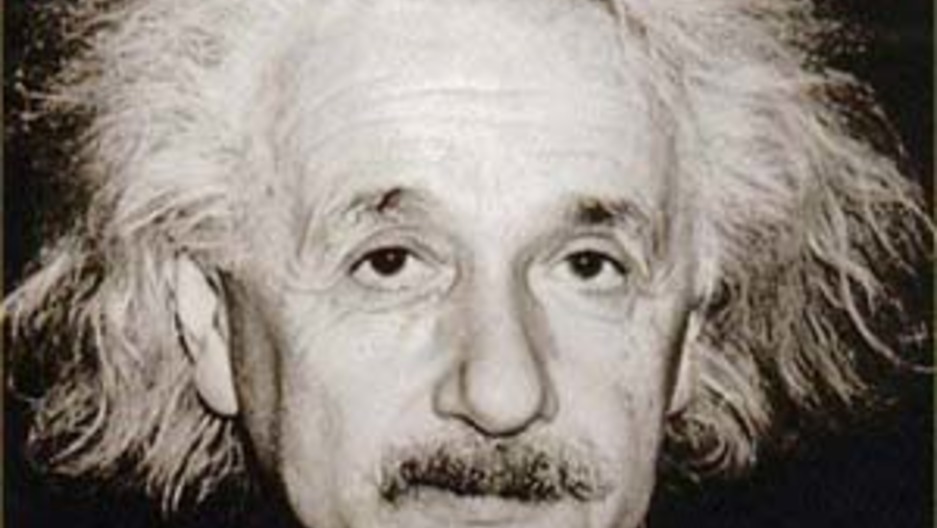 Albert Einstein died more than half a century ago, but there's still a raging debate over what he thought about religion. He once said "Science without religion is lame, religion without science is blind." In this hour of "To the Best of Our Knowledge," what exactly did Einstein conclude about religion? Hear from leading scientists and religious scholars, including Richard Dawkins, Steven Weinberg and Elaine Pagels, as well as Einstein biographer Walter Isaacson.

Jungian analyst David Lindorff is the author of "Pauli and Jung: The Meeting of Two Great Minds." He tells Anne Strainchamps about Pauli's therapy with Jung which focused on Pauli's dreams, and led the physicist to an interest in mysticism and alchemy.

David Leavitt is the author of a novel called "The Indian Clerk" which tells the story of Srinivasa Ramanujan, the uneducated Indian who amazed Cambridge University with his mathematical discoveries. Leavitt tells Jim Fleming how Ramanujan became friends with mathematician G.H. Hardy.

Father Thomas Keating is considered by some people one of the world's greatest living mystics. He talks with Steve Paulson about God and the contemplative life. Keating is known for founding the Centering Prayer movement.