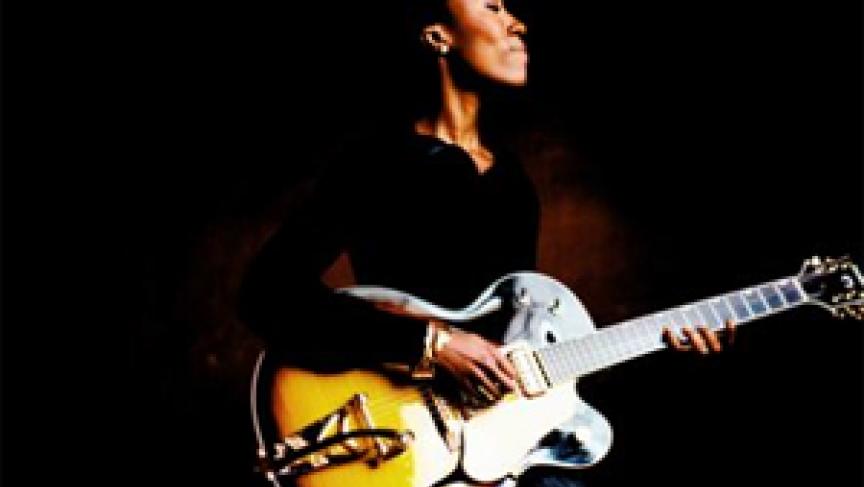 Malian singer-songwriter Rokia Traore is the daughter of a diplomat.

She was born in Mali, west Africa and grew up in Europe, America and the Middle East.  Traore says she's absorbed the cultures of the many places she's lived.

Still, she's produced three albums deeply rooted in the traditions of West Africa.  Now for her fourth album, "Tchamantche," she decided to add a new element, the classic sound of the all-American Gretsch electric guitar.

One British newspaper describes Traore's new band as a "guitar band," to which she says, "I wanted to come back to the guitar, which is my first instrument.  It's true that this album has been built around the guitar and even if there is ngoni, which is a kind of lute.  But, I didn't want to work with just my acoustic guitar that I used to, before.  I wanted an electric guitar, but which kind of electric guitar?"

The Gretsch guitar has been endorsed by numerous musicians over the years, starting during the 1950s with Chet Atkins, and then Duane Eddy, and then George Harrison of the Beatles.  They love that signature twang.

"I didn't want an electric sound too much violent, you know," says Traore.  "I wanted something electric but sweet at the same time.  Electric, but not aggressive in the same time.  The day I tried it, the Gretsch guitar, I knew very quickly that that was the sound I was looking for."