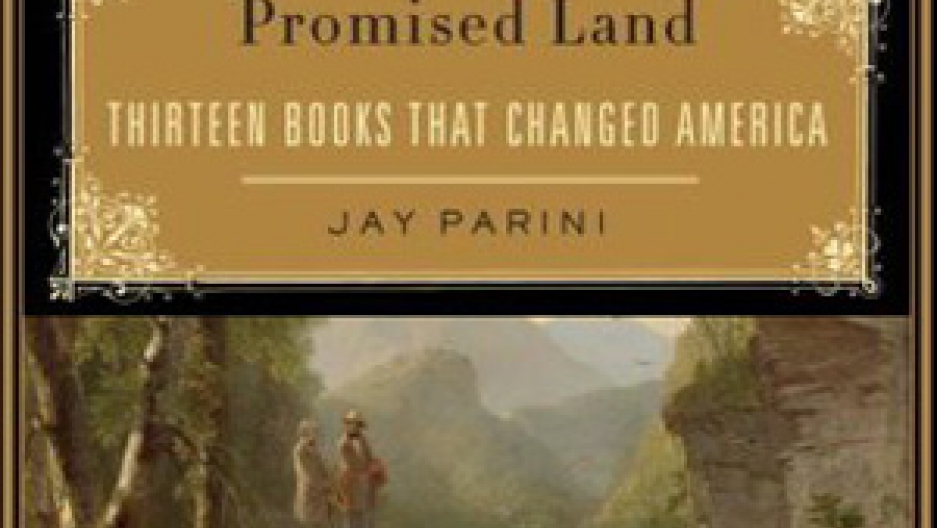 Middlebury College professor, writer and book critic, Jay Parini talks to Bob Edwards about his latest book called "Promised Land: Thirteen Books That Changed America." Some of the titles include "Uncle Tom's Cabin," "On the Road" and "The Feminine Mystique."

Parini scanned American bookshelves and identified the seminal works in the birth and growth of our nation. Books from the past containing ideas still true and relevant. He singles them out and writes about them in his book.

He tells Bob about what inspired his work: "About two and a half years ago I was sitting in London with my wife ... and she said there's going to be a lecture down the street at this church -- St. Mary's -- the talk was called 'Twelve Books That Changed The World.' And I noticed they were all English books -- Newton and Charles Darwin -- every single one was an English book. And I began to think, what would be the twelve books that changed America?

"And so I laid awake that night, in fact I was up till two or three in the morning, fiddling with my list, saying, what's in it, what's out: 'The Great Gatsby, 'Moby Dick' ... "Waldon," "Huckleberry Finn." And this went on for about two months -- I kept emailing my friends back in the States, saying what books changed America, what are the essential books to our culture -- and this just led me deeper and deeper and deeper into this project.

"I finally settled on 13 books -- a baker's dozen, and somewhat in whimsical consonance with the idea of the 13 States."

Parini's qualification for how a book changed America: "I come at it from two angles ... sometimes I said these books represent the culmination of many, many, many different ideas ... or the bringing together the many strands or streams of thought. For instance, with "The Federalist Papers" you've got ... decades of thinking going on beforehand ... and so, "The Federalist Papers" represent, first of all, a summing up of the leading 18th Century ideas about republican government. But then it also -- in the way it actually came together in such an original way -- had a profound affect on the reading public, and people actually began to think about what is representative government by reading "The Federalist Papers."

Parini talks about some of the other titles covered in his book: William Bradford's "Of Plymouth Plantation," "The Journals of Lewis and Clark," "Uncle Tom's Cabin," "The Souls of Black Folk," "How to Win Friends and Influence People," and Dr. Spock's "The Common Sense Book of Baby and Child Care."

If you're thinking of purchasing "Promised Land: Thirteen Books That Changed America," support PRI by making the purchase in our Amazon Store.