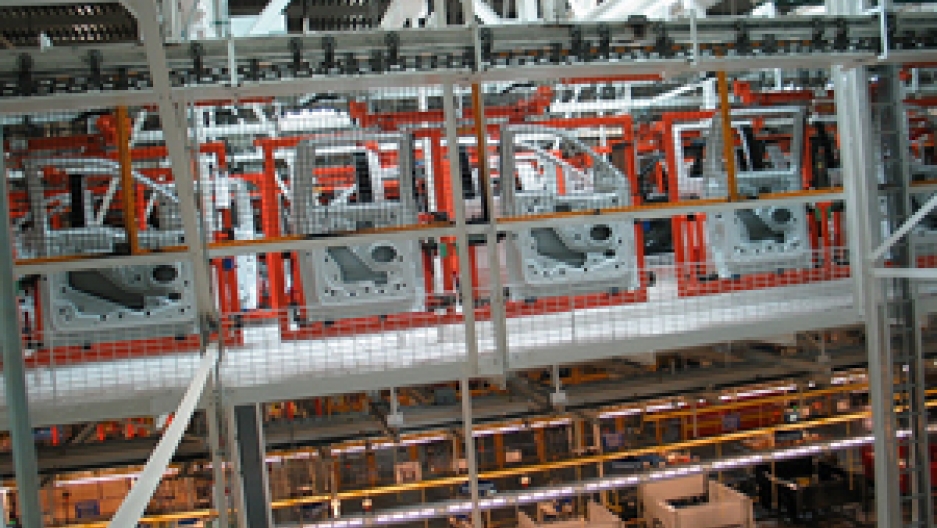 Inside the Ford Rouge Factory in Detroit (image: jshyun/Flickr)

Auto makers are certainly dealing with the downside of credit, and they are in the midst of trying to implement the bailout plan that has been handed to them from the Treasury Department.  But, the blow taken by the U.S. car industry is particularly hitting African-American workers hard.

Not long ago, African-Americans found more closed doors than work, but Ford, for example, was one company that gave them a job and a road to the middle class.

In manufacturing, there has been a 13.9% decline for African-American workers, but only a 4.4% decline for white workers.

"Those numbers show that African-Americans are almost three times as affected by this automotive downturn as any other group, says Mary Chapman,  a contributor to the New York Times.  "This is vast and far-reaching.  We are talking about a huge chunk of the black middle class here."

The history can be traced back to the 1940s when Ford was one of the manufacturing companies, if not the only one, that would actually employ African -Americans.

Chapman continues, "Hundreds of thousands of African-Americans left sharecropping jobs and other occupations of that nature for the promise of $5 a day, as proposed by Henry Ford.  They just couldn't make that money any where else, and that still holds true today for less-educated African-Americans.

"The tentacles of this are incredibly far-reaching.  It's going to be devastating to a city like Detroit, which is 80% black in the first place.  But these are the African-Americans who bought the rental homes, who bought the second cars, who opened the bars and the restaurants.  The devastation is already being felt around (Detroit)," says Chapman.