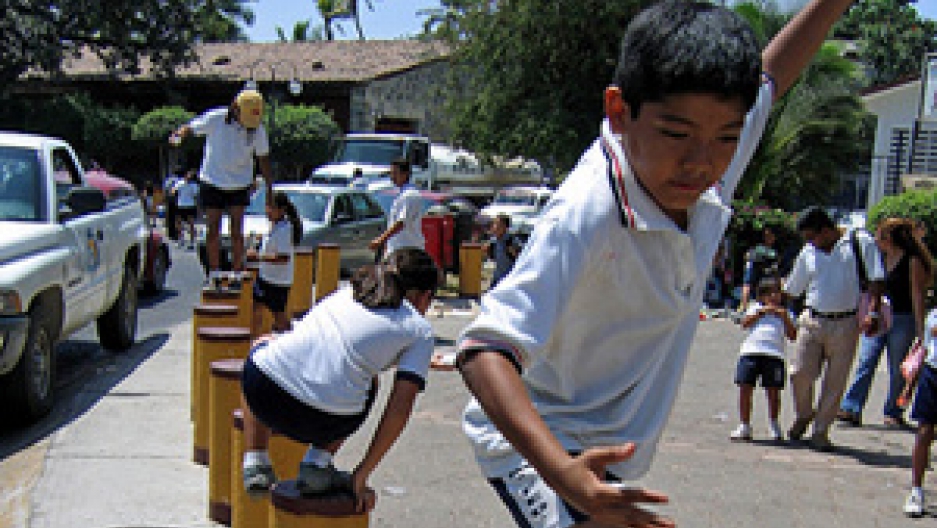 Welfare reform was designed to put poor people to work, but it has not ended what's called "the culture of poverty," handed down through generations. In rural Mexico, mothers from five million of the poorest families are getting cash grants from the government, but only if their kids stay in school, if parents and children get regular medical checkups and if the mothers attend workshops to learn what it takes to stay healthy.

The poverty rate has dropped so much that the Oportunidades program is being adopted in 30 other countries. There's even a pilot project in New York City. There's much debate over the causes of poverty, but if this form of tough love helps end it, who cares?

Tina Rosenberg, Contributing Writer for "New York Times Magazine," reported on the Oportunidades program: "I went to a couple of villages that have been in the program the longest, so they really have about ten years of experience with it, and from what they told me, the places they live are very different than they were before the program started.

"They are getting cash grants that help them live better, and that makes a very concrete difference in people's lives -- they can buy things and do things that they couldn't do before. But I think, just as important in the places I saw, is the change in their mentality. Things are very different. The women have a lot more influence and power, they're much more organized, they get together with each other, they can leave their houses more ... and the kids, instead of dropping out of school very early to work in the fields ... now they can make more money for their families ... by staying in school. So high school rates ... are up, I think, 85 percent in rural areas over what they were before."

Santiago Levy, former official of Mexico's Ministry of Finance and Public Credit, and the architect of the Oportunidades program says it works because the families aren't getting a handout: "An important component of the program is what we call co-responsibility ... it really is money that people "earn" by their good behavior ... so families feel differently about [these] resources ... to the extent that the mothers, in particular, feel that they've earned the right to these resources."