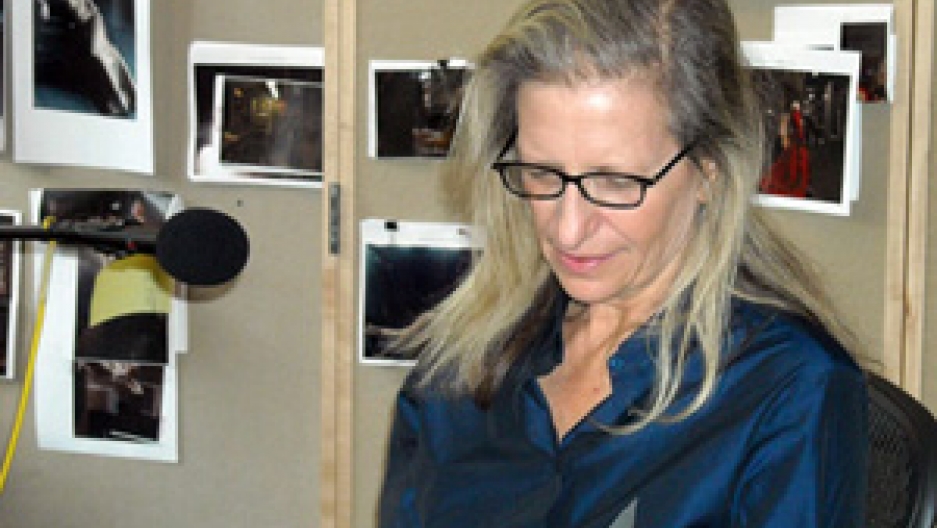 "Studio 360's" Kurt Andersen goes behind the scenes of Annie Leibovitz’s iconic photographs in her Greenwich Village studio. Leibovitz reminisces about her work at “Rolling Stone,” which is collected in her new book, "At Work." Although she’s known for skillfully staged portraits, Leibovitz still struggles to capture the moment as it unfolds.

One of Leibovitz's early assignments for "Rolling Stone" was in Lebanon during the 1982 invasion: "I think one of the biggest learning experiences at that war was ... it was a slow day in Lebanon -- for a war photographer -- and I saw the wire services rearrange some guns for a photograph, and I remember distinctly from that time on that I wasn't too sure about journalism ... how real that was."

Some of Leibovitz's best known images have been collected in "At Work," where she tells the stories behind some of her most famous pictures of the last 40 years. One of those stories is of going on tour with the Rolling Stones: "I was so naive and ignorant when I went on that tour, I brought along my tennis racket with me, thinking ... maybe I could set up an appointment with a pro and brush up on my tennis. Of course after the first concert, I never saw the light of day again."