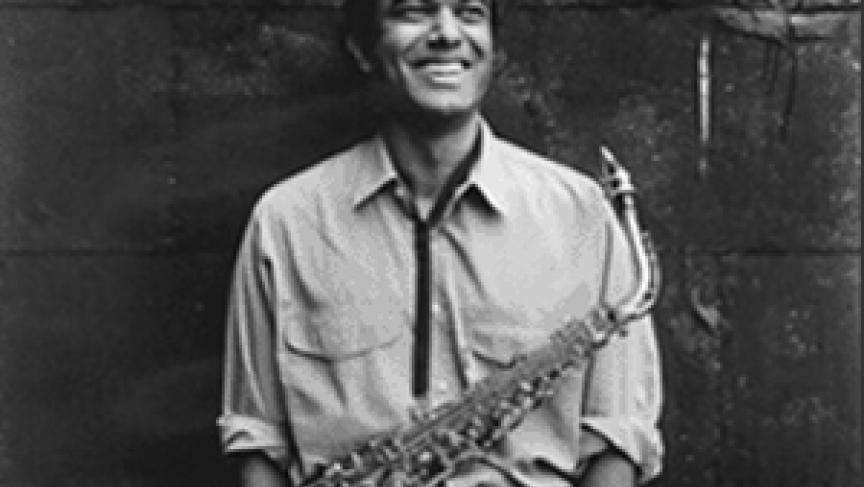 Along with tabla player Dan Weiss, they form the jazz trio the Indo-Pak Coalition. The Indo-Pak Coalition's new CD is called "Apti," which means "coming together." This collection echoes the conventional South Indian classical trio, but updates it with Abassi's electric guitar.

WERMAN: What the discussions sounded like between you and guitarist Rez Abbasi in the aftermath of the Mumbai attacks. What have you been talking about?

MAHANTHAPPA: Well I can't say I've met a South Asian-American, Pakistani-American, Indian-American who has really drawn lines. So for me and Rez the tragedy in Mumbai is just that. It's an incredible tragedy. There's no discussion between he and I as far as finger pointing or fault or this is your people.

WERMAN: A lot of people have said in the aftermath of Mumbai that there more opportunities now for Indians and Pakistanis to come together. As a musician what opportunities do you think are out there? Or are things too raw?

MAHANTHAPPA: I think things are a little too raw. I don't know what the solutions are inside the art world. I wish there were more collaborations between actual Indian and Pakistani musicians who are living in India and Pakistan. It's quite easy to do that in North America, but I don't know if we can have such a strong impact on the situation as opposed to a project that actually took place in South Asia.

Support PRI when you purchase the Indo-Pak Coalition CD "Apti"