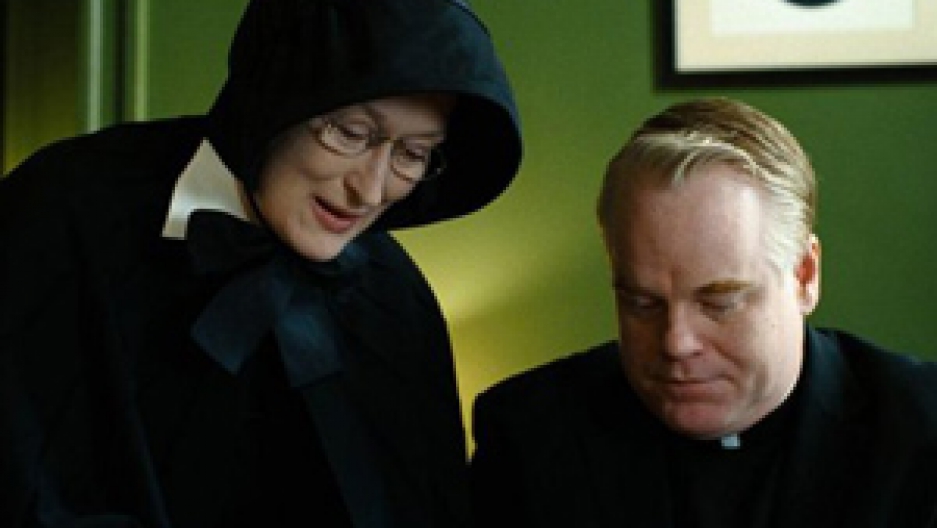 Shanley wrote and directed "Doubt," set in 1964 at a Catholic middle school in the Bronx. A nun suspects an improper relationship between and priest and a student. Shanley describes how he came to create this powerful drama that challenges all kinds of belief, religious and otherwise.

"Well I certainly wanted people to come, be welcomed with their prejudices, and to overturn and explode those prejudices by telling a story that was very specific. So that you come in and you see a nun who's a stern disciplinarian, and sort of doing those things which we've come to ridicule about nuns. And then revealing her by degrees to be a much more subtle and developed person than you might have suspected, and then perhaps on the side of the angels, but is she?"

The Father Flinn character in the film is based on a figure from Shanley's life -- a teacher who, " ... took me under his wing ... I had a heavy Bronx accent, I wasn't that popular with the students, and I was even less popular with the teachers -- I had some emotional problems -- and this guy really championed me, and saw something in me, and educated me; gave me a great classical education. But he was a predator, and in my case he did nothing about it, but in other cases he did do something about it.

"I didn't know that at the time, but there was something in the air, and by degrees I became more and more disturbed, and finally many years later I got corroboration from an eye witness. Shortly after that I got a letter from him that he was dying, and invited me to visit him, and I didn't go. I wished him well, but I couldn't honor him in that way. I wrote 'Doubt' shortly after that."