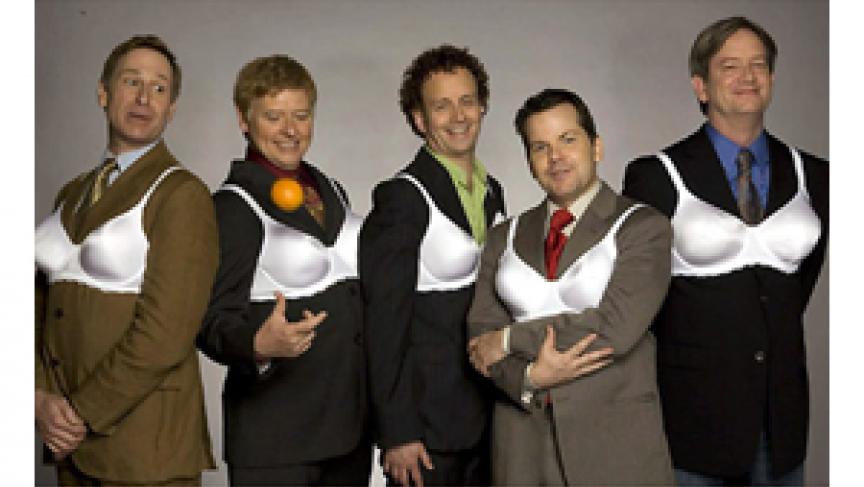 Dave Foley and Kevin McDonald (above: second and third from left, respectively)

The pair talk about meeting in improv class and their rise to prominence in the Toronto comedy scene of the late 1980s.  After several lineup changes, the group landed a TV deal.  Their cult comedy sketch television program ran from 1988 to 1995.

After many multivarious outside activities, they recently reformed and undertook a national tour. They'll soon be shooting a new limited series for Canadian television.