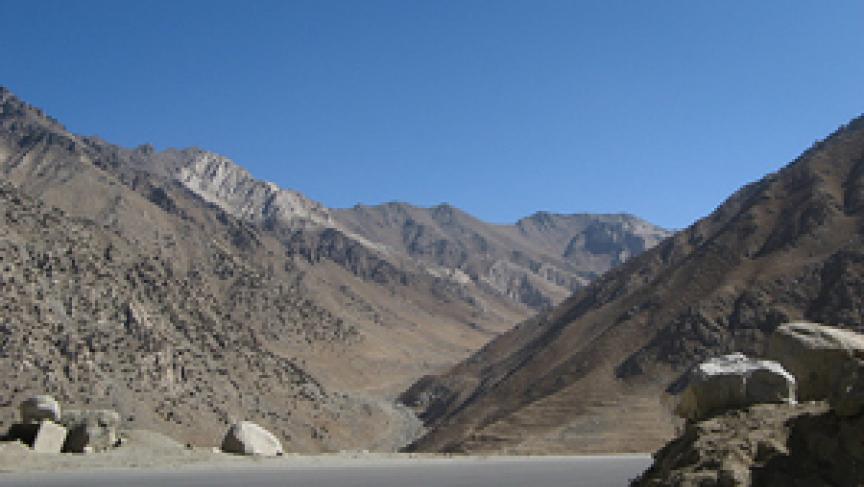 Violence in Afghanistan has spiked in the past two years -- 2008 has been the deadliest year for U.S. troops since the 2001 invasion.

A report from International Council on Security and Development (ICOST) concludes the Taliban effectively control the political and military dynamic of the entire country, even near the capital, Kabul. ICOST says NATO and the U.S. are in genuine danger of losing Afghanistan.

The Taliban has a permanent presence in nearly 75% of Afghanistan, according to ICOST, and the organization says the insurgents can now infiltrate Kabul at will, although the government rejects the findings. Taliban leader Mullah Omar has warned violence in Afghanistan will rise and has urged foreign forces to withdraw.

Many in the region, like Imran Khan is a Pakistani opposition lawmaker, say the West's campaign in Afghanistan makes no sense: "It is the most moronic way a war on terror has ever been fought -- it's actually a war of terror."

Khan says the only solution for the U.S. and its allies is to get out as quickly as possible, through negotiations: "As long as the provocation is there, which is foreign troops in Afghanistan, I'm afraid this will go on, and on, and on."

More on the Taliban resurgence from PRI's "The World":

The International Council on Security and Development says the insurgent group has moved well beyond its southern heartland and is at the gates of Kabul. "Of the four doors leading out of Kabul, three are now compromised by Taliban activity," it said. "The increase in their geographic spread illustrates that the Taliban's political, military and economic strategies are now more successful than the West's in Afghanistan." Afghanistan's ministry of foreign affairs said it "strongly rejected the assertion on the extent of the Taliban's presence across Afghanistan".

Meanwhile, an American military spokesman has said that Taliban leader Mullah Omar's first public statement for almost a year suggests he is concerned about rising U.S. troop numbers. Colonel Greg Julian agreed with Mullah Omar's warning of more clashes, saying U.S. troops would leave "no safe haven" in Afghanistan for militants. Col. Julian said the Taliban were "most concerned about this increase in troop strength in Afghanistan, which is the last thing they want because they know it will lead to their defeat". There are currently 33,000 U.S. troops in Afghanistan. President George W Bush has announced that about 4,500 more soldiers will be sent to Afghanistan early in 2009.