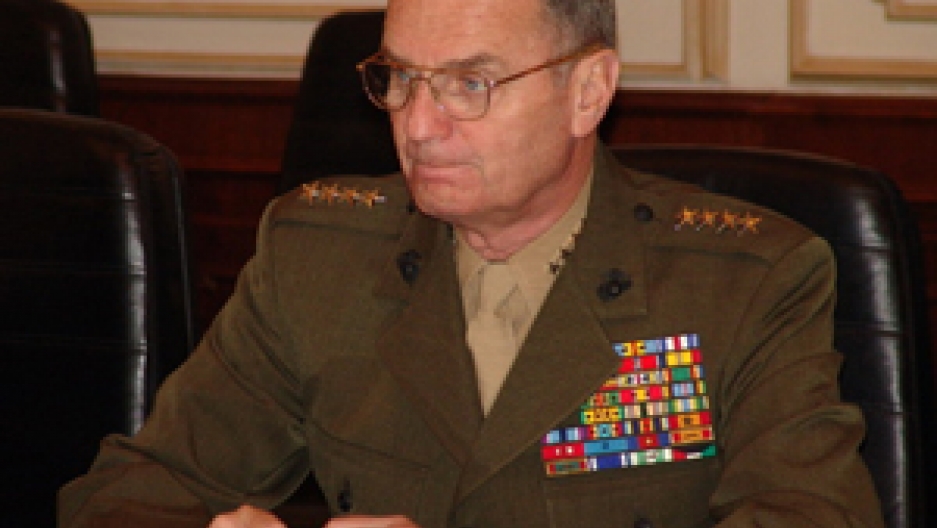 South Asia is one of the many challenges that awaits President-elect Barack Obama and his security team. Arguably, the most important member of that team is the national security advisor, and James Jones is the man Mr. Obama wants for the job. The World's Matthew Bell profiles James Jones, and what his appointment means for the Obama Administration.

Retired four-star General James Jones is a former commandant of the U.S. Marine Corps. He's a former commander of NATO and U.S. forces in Europe. And he's a combat veteran who was awarded the Silver Star for valor in Vietnam. By choosing someone with those kinds of military credentials to be national security advisor, Barack Obama is sending a message, according to foreign policy expert David Rothcopf of the Carnegie Endowment for International Peace:

"This is not going to be an administration that's reluctant to use force where it's necessary, or one that is going to make the mistake of distancing itself from the military as some past administrations have done."