So get this: the world's first novel came from Japan -- and it was written by a woman -- and it's all about sex.

Japanese literary buffs and commoners alike are celebrating the 1000th anniversary of The Tale of Genji. The author Murasaki Shikibu (c. 973 - c. 1014 or 1025) was a maid of honor in the imperial court during the Heian Period, a real renaissance for the arts, especially literature.

The Tale of Genji has 54 chapters and more than 400 characters, but most of the story revolves around the life of Hikaru Genji ('Shining Genji'). He's the son of a Japanese emperor who loses his status and spends most of the rest of his life (and the book) trying to get it back. Along the way, he has tons of juicy love affairs. Genji has also been called the first example of psychological realism, the way it mines the passions and (sometimes ugly) intentions of its characters. Intrigue! Tragedy! Naughty bits! Genji has it all. 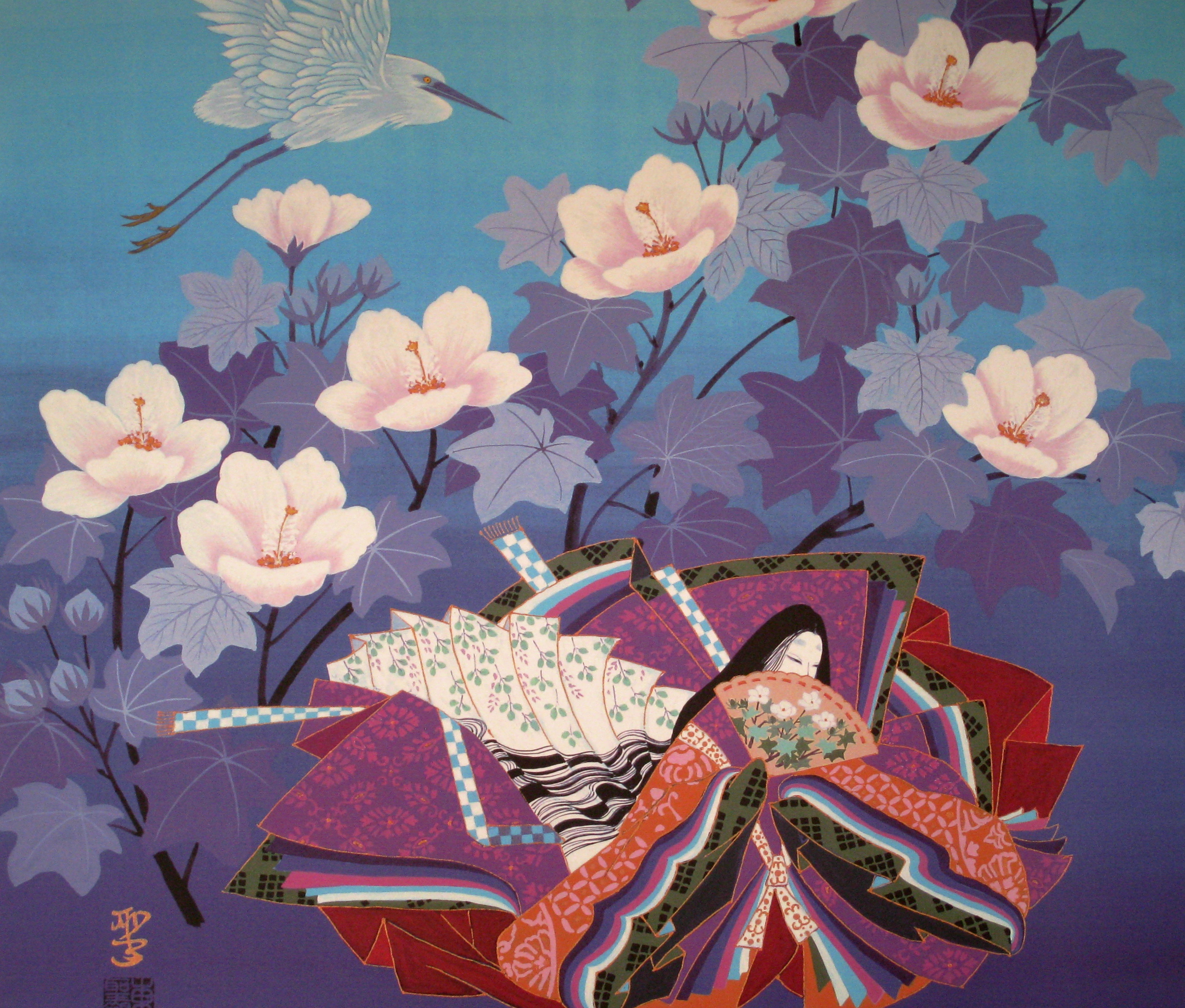 Not surprisingly, centuries of artists have been inspired by the saga. I've been particularly struck by scroll series which capture each chapter in vibrant, decadent color. And Kyoto (where it was written) is Genji-crazy right now -- a rock garden we visited a couple nights ago had a special Genji-themed light show. And the hotel restaurant even had (admittedly gorgeous) Genji table mats. Still, I've got to thank commercialism for introducing me to a classic.