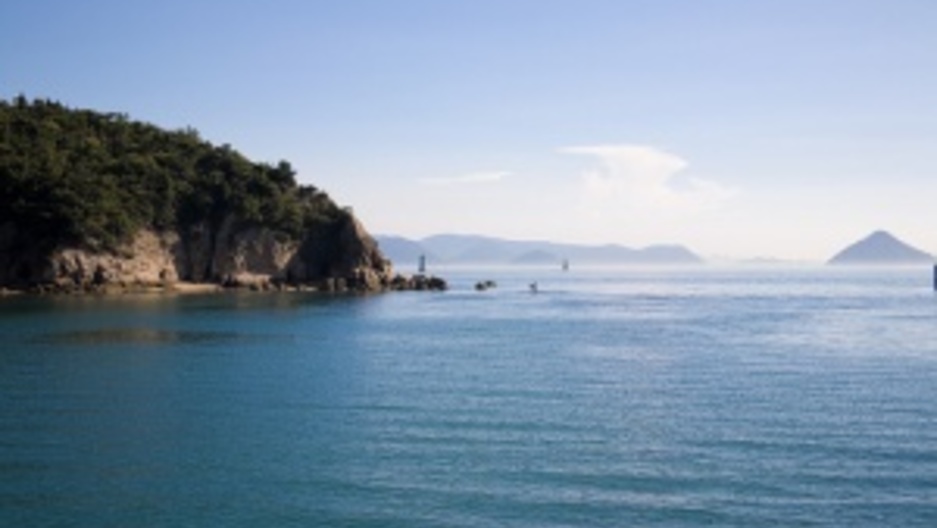 Share
You'd think that a New Yorker wouldn't succumb easily to urban claustrophobia. But when I finally got to the fields and mountains of rural southern Japan -- three trains and four hours later -- the sense of relief and calm I felt were palpable. I was making a pilgrimage to Naoshima (pronounced NOW-she-muh), an island that over the last 20 years has been transformed into a center for contemporary art. The philanthropic project is a joint venture of a family-owned media company called Benesse and the locals. And it's fantastic.
The island itself, 10 miles in circumference with a population of a few thousand, is Southern California-esque, hilly and full of spectacular views of Japan's Inland Sea. Benesse hired the great architect Tadao Ando, whose signature material is concrete, out of which he makes impeccable, somewhat severe, futuristic spaces, to design a smallish hotel; a museum for its own collection of postwar, mostly Western art (Pollock, Johns, Warhol, the usual suspects); and a one-of-a-kind museum called Chichu.
Chichu is the most intensely curated museum I've ever visited. And one of the most fabulous. It contains the work of just three artists: four of Monet's Water Lillies, a giant stone ball by Walter de Maria and two extraordinary pieces by James Turrell. Turrell is an artist whose work isn't done justice by either photography or description.
My favorite of the two Turrell works at Chichu is one of his empty 25-foot-high rooms in which you sit on a stone bench and look up at a framed piece of sky as clouds pass and the light shifts; the word 'sublime' is thrown around a lot in artspeak, but that really is the right word for the art Turrell makes. And going from the room where the Monets hang to the Turrell sky room is a brilliant curatorial one-two punch, as powerful a visual art experience as I think it's possible for me to have in half an hour. 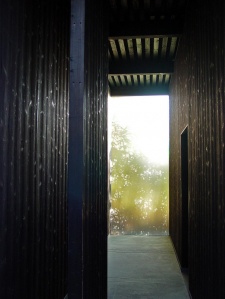 The other major project on Naoshima is a collective work-in-progress, and also pretty wonderful. Each of six more or less traditional wooden houses in the quiet, dense old town, a five minute drive from the Benesse compound, have been given over to artists to transform as they wish. And my favorite of those is a collaboration by Ando and Turrell: eight of us at a time were led into the house, which was absolutely pitch black.
After five or ten minutes of sitting in silence as our eyes adjusted to the darkness, we were instructed beforehand, we'd see a light, which we weretotry to touch. The light, as it turned out, was one of the house's four interior walls, and navigating through the darkness with strangers to reach toward it was, once again, a singular and, yes, sublime experience.
It's funny: if I didn't know who the artist was -- not just an American, but a cowboyish Arizonan -- I'd have assumed these works were by some native genius. They seem so entirely... Japanese.
- Kurt Andersen