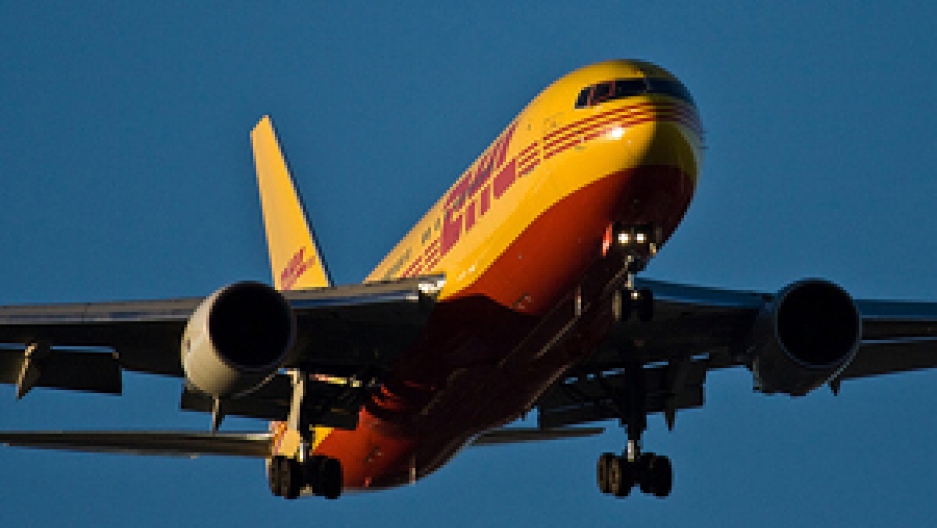 DHL, a German shipping and package delivery company, recently announced that it would cut almost 10,000 jobs in the United States. Wilmington, Ohio, located about an hour outside of Cincinnati, could lose nearly 7,000 of those jobs, more than half of the small town's population.

The employees at DHL were expecting some cuts, but not a shutdown. "They were expecting some cuts, but they thought at least they were going to have the sorting facility or some skeleton of it so that some folks would still be there, and a light crew to process things as they came through.  They never expected DHL to shut down its entire operation," says Jo Ingles, a reporter at Ohio Public Radio that has been covering the story for some time.

"DHL is part of a large airpark that was built, basically for DHL years ago. There is also A-Star and there is also ABX. These companies provide support services for DHL.  They provide the people to work on the planes, they provide pilots for planes, those sorts of things.  So if there aren't planes going in and out of there, then they are not going to need the pilots, and they are not going to need the mechanics, so it's a cyclical thing."

To complicate matters, the Unemployment Compensation Trust Fund is set to run out of money in the coming month, as too many people are drawing upon it for it to remain sustainable.  Ohio's Governor Strickland has been lobbying the U.S. Congress for emergency aid to shore up the Fund.

The region had been anticipating some of the cuts and has been providing retraining for the workers in other areas.  Unfortunately, there may be more retrained unemployed workers than positions for those new skills.