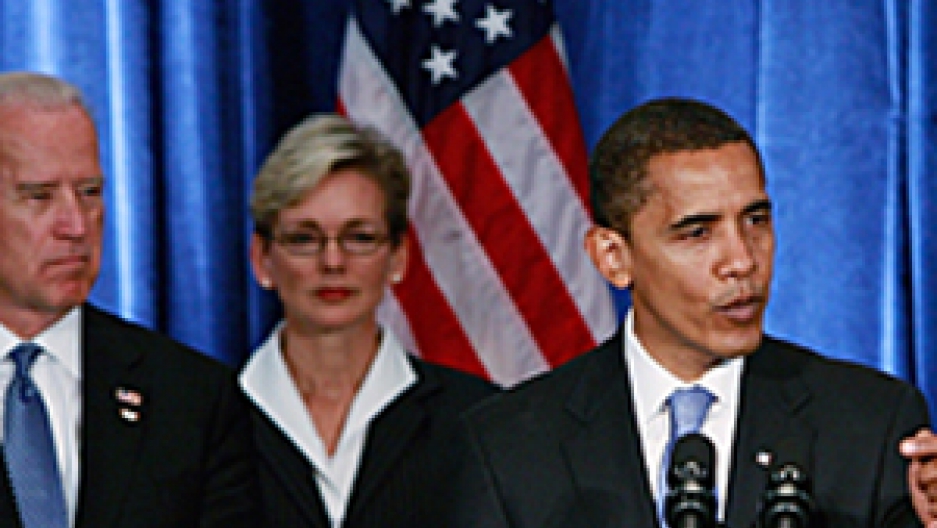 Barack Obama has said the economic crisis means that a range of campaign promises will have to be delayed. But he's also said there are "certain investments we cannot delay, precisely because the economy is in turmoil." Was the election a mandate for big change or cautious pragmatism?

Barack Obama made a lot of promises during the campaign, then came the crisis in the economy. Can Obama fix the economy and spend big money on healthcare, education, infrastructure and energy independence, all at the same time? One school of would-be advisors says, yes he can -- it's time for bold action, just like it was for Franklin Delano Roosevelt during the Great Depression. But others counsel against what they call "over-reaching," until after the economy's back on track. As debate rages over available courses of action, does Obama have the luxury to think big? Can he afford not to?