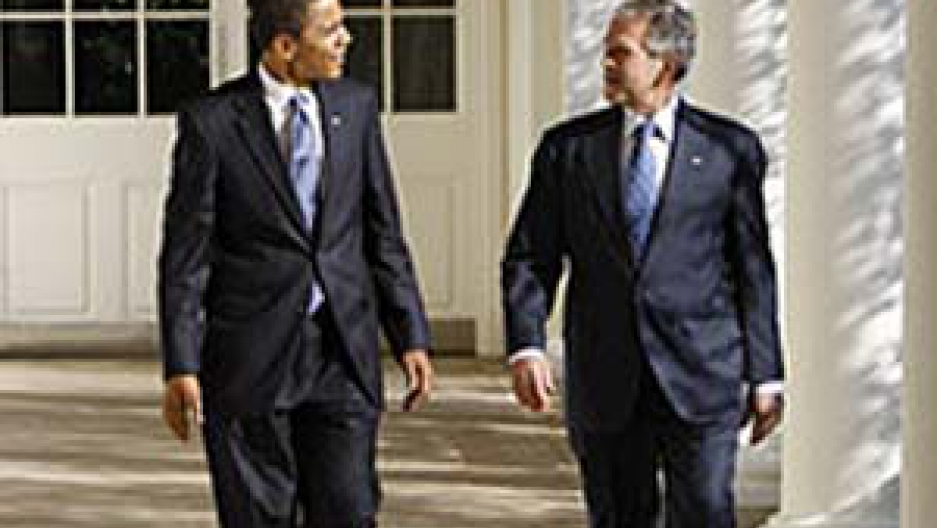 Barack Obama visits President Bush at the White House (Image: To the Point)

As the Obamas make their ritual visit to the Bush White House, disagreement over an economic stimulus package could ruffle an otherwise smooth transition.

The President-elect says, "It is not going to be quick and it is not going to be easy for us to dig ourselves out of the hole that we are in." He'll need a plan, an experienced and prestigious team to carry it out and a cooperative majority in Congress.

Meantime, some Obama supporters are questioning the choice of Clinton-administration veterans for key jobs. They know how to get things done, but can they help Obama "change the culture of Washington," especially if they're tied to Wall Street financial interests? We hear about mounting pressures on Obama, as he promises to move with "deliberate haste."