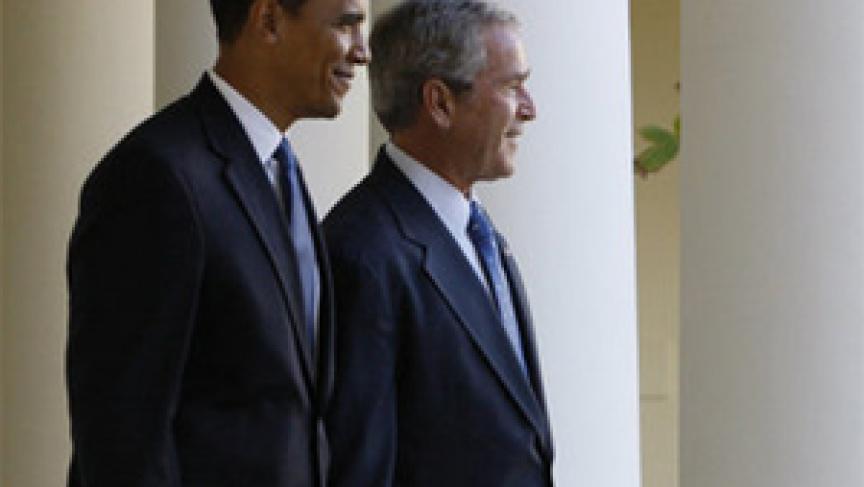 When Barack Obama inherits the Office of the President in January, he'll also inherit many on-going foreign policy challenges. They include the Bush Administration's war on terror. The incoming Obama Administration is going to have to decide whether it wants to continue President Bush's policy of going after Al Qaeda and its allies wherever they may be.

Iraq and Afghanistan are hardly the only fronts in the so-called war against terrorism. Take for example, the recent raid in Syria -- U.S. Special Forces carried out the attack late last month against what they said were Al Qaeda-linked foreign fighters in Syria. Syria later accused the United State of carrying out "a terrible crime."

U.S. cross-border raids into Pakistan have also been making headlines. The "New York Times" quoted Bush Administration officials as saying since 2004; the U.S. military has used broad secret authority to carry out nearly a dozen previously undisclosed attacks against Al Qaeda and other militants in Syria, Pakistan and elsewhere. These military raids were apparently authorized by a classified order. That order was reportedly signed by then Defense Secretary Donald Rumsfeld in 2004, with the approval of President Bush.

Obama in his fist presidential debate with John McCain said that he could imagine a circumstance where he would risk going into Pakistan after terrorists: "If the United States has Al Qaeda, Bin Laden, top-level lieutenants in our sites, and Pakistan is unable or unwilling to act, then we should take them out."

Despite Obama's tough talk on the campaign trail about going after Al Qaeda inside Pakistan, foreign policy experts are confident Obama's strategy will be more nuanced than that of President Bush. They say Obama seems to recognize the need to reach out to America's friends and foes and those who fall somewhere in between.