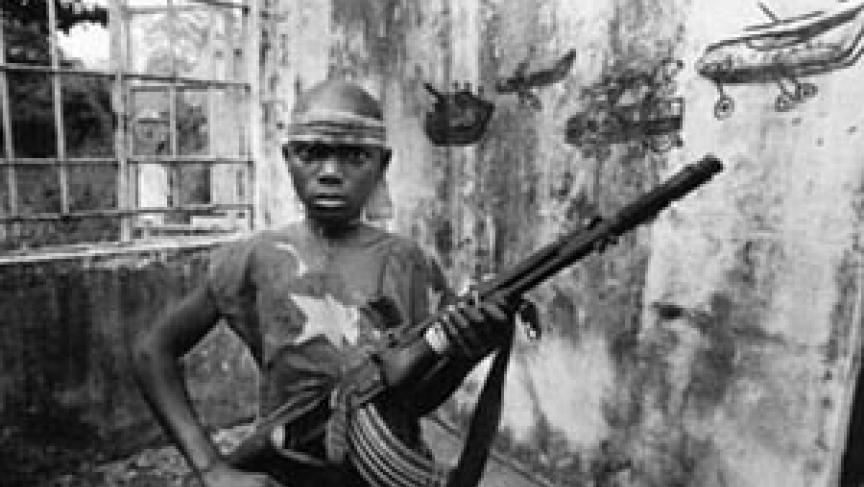 In all likelihood, Sierra Leone has not been on your radar. The West African nation is one of the poorest. The over-decade-long civil war that ended in 2002 was brutal: nearly a third of the country's population was displaced; tens of thousands were killed, and more than 15 thousand children were forced to fight as soldiers.

How does a generation of young people recover from the mental anguish of that violence, in a country that traditionally doesn't have mental services?

"Here and Now" speaks with Dr. Suzan Song, a psychiatrist working with the Research Program for Children and Global Adversity at the Harvard School of Public Health to deliver mental health care to these Sierra Leone adolescents who were forced to fight as soldiers.

Dr. Song says: "I want to expand the term to war-affected youth because there were not only child soldiers, but most everybody was affected by the war. So a lot of the adolescents are having difficulties with depression, with anxiety, with post-traumatic stress symptoms. And now, with the breakdown in state structure, there's a lot of drug trafficking and the drug abuse now is rampant throughout."

According to Dr. Song, the experiences of the child soldiers were horrific: "... many who were abducted were forced to go back into their villages, and either maim, or mutilate, or amputate the limbs of family members -- especially the gatherers, the women of the family -- so that they would not be allowed back into their family, so they would have no where else to go."

Dr. Song talks about her group's work treating the children: "The goal of the group is to increase services to war-affected youth. I'm the clinician for the group, and as such, I'm very interested in culturally appropriate ways of treating kids there -- using their own vernacular about what kinds of symptoms they have."