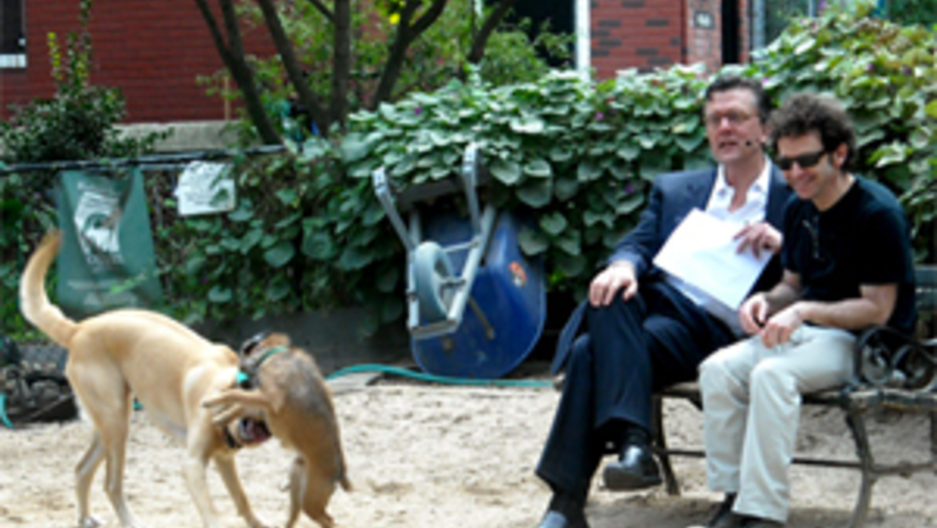 Charlie Kaufman has written some of the most imaginative and oddest screenplays to come out of Hollywood in the last decade: "Being John Malkovich," "Adaptation," and "Eternal Sunshine of the Spotless Mind."

Now, he is directing films, too.  In his new film “Synecdoche, New York” the protagonist turns all of New York City into a theater production.  It is about a stage director who turns his whole life, and the lives of everyone around him, into this vast piece of never-ending theater.  Philip Seymour Hoffman plays direct, and Diane Wiest plays an actress whom he is auditioning.

To understand the city as a stage, Kurt left the studio and met Charlie Kaufman at the dog run in Washington Square Park.