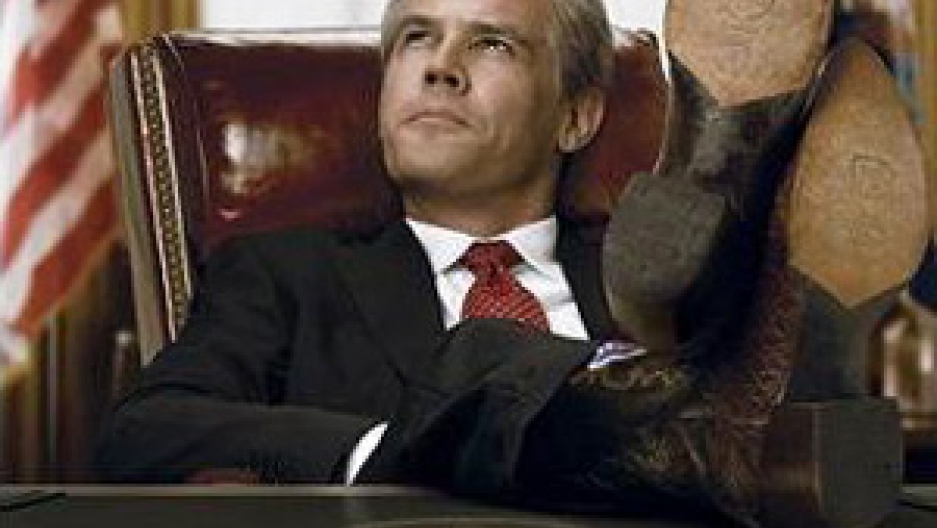 "Born on the Fourth of July," "JFK," "The Day Reagan Was Shot," "Nixon" -- director Oliver Stone has never shied away from polarizing political dramas. Now he turns his lens on a sitting president, George W. Bush in his new film, "W."

Stone describes his movie as: "... a character study of the man ... what we think he is, and how he got there. It's got three acts: his youth, his middle age and his presidency. In the presidency you see the roots of the man, and it's a fascinating study in father-son tensions; and also, people don't really know George Bush, and this is one of the first movie opportunities to really get to know him. The research has been very hard to come by, and we're beginning to understand him."

Stone says the third act in the movie, where Bush becomes president is the tension-breaker: "... we wanted to concentrate on what he did with his power once he had it. Would he be the embittered first son, out-muscle his father; or would he turn into a better man. This is a very interesting issue, and ... we concentrated on the march right up to the Iraq War ... right at the moment at which he goes to war is the key to the movie."

Research was hard to come by, according to Stone, because, "It's a very hidden family, very strong connections. They're closed, and a lot of people who knew Bush won't talk."

The director says getting the movie made wasn't easy: "Large corporations do run our media culture ... we can't do much about it. This was made by independent people ... various investors around the world ... and we were able to get out through Lions Gate ... a smaller independent distributor."

As for why Stone chooses the polarizing political dramas: "I don't set out to polarize, I set out to understand. You can look at this later and say this was polarizing, but ... if you love Bush or hate him, that's not my gig ... but you can't stand on a soap box and make movies, you just got to stick to the middle ... there's no reason why you cannot come out of this movie -- you might not like Bush -- but you can understand him, and that is ... the connection in the beginning of understanding. Once you understand where America is now, where its mindset is, how we got here ... maybe it'll make us think again about how we do things and why."