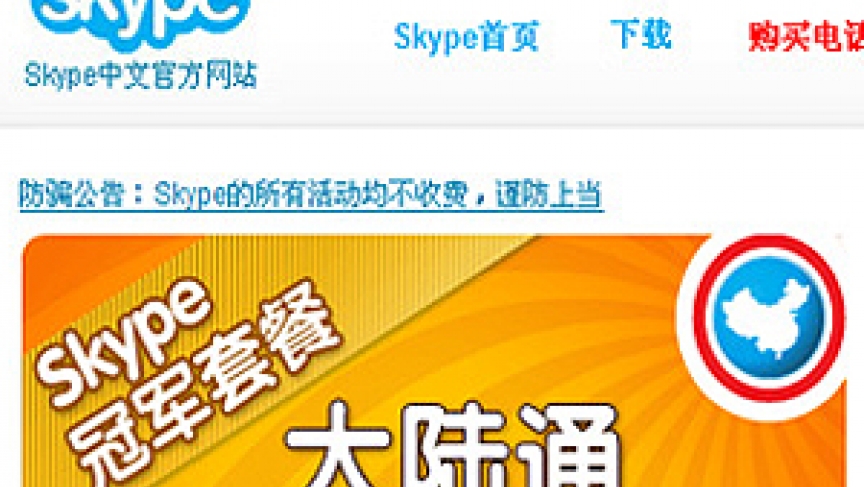 Skype, a free program that can be downloaded off the Internet, allows for users to make free, Internt phone calls to other Skype users. It also supports online text messaging. Skype claims more than 300 million users worldwide.

In China, Skype partners with a local company, called TOM Online. Turns out TOM Online has been filtering Skype text messages for words deemed sensitive by the Chinese government. And of more concern, it's also storing those messages. The messages contain Internet addresses, user names and other information that makes it possible to identify the senders.

TOM Online issued this statement: "We reiterate that as a Chinese company, we adhere to the rules and regulations in China, where we operate our businesses."