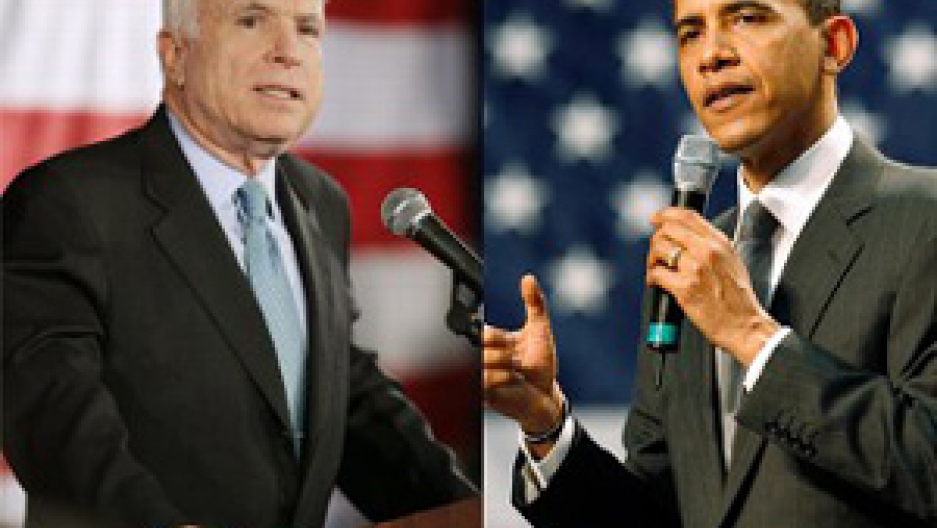 The stock markets are down again, with the Dow Jones Industrial average falling below 10,000 for the first time in four years. With exactly a month to go before the election, the John McCain and Barack Obama campaigns are close in the polls and increasingly negative.

Amid increasing concern about the economy, the two candidates are scheduled to face off again tomorrow night with undecided voters asking the questions. On "To the Point" -- "the vision thing" -- do the candidates have any big ideas for the 21st Century? Does either want to leave a stamp like Roosevelt's New Deal, the Reagan Revolution or Clinton's New Democrat centrism? How does each see the role of government? Would the economy allow either one to fulfill his promises?