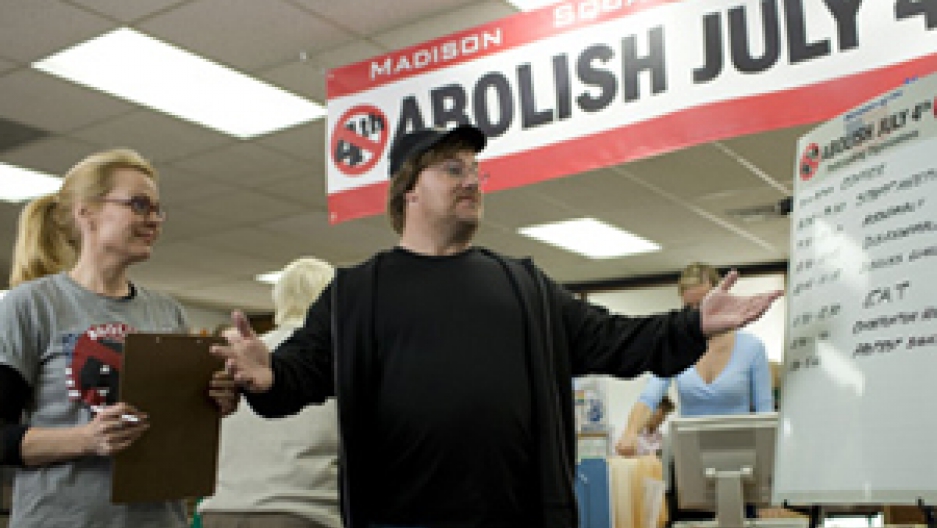 Share
The election is only five weeks away, so that means a new documentary from left-wing filmmaker Michael Moore called "Slacker Uprising." But, this year, Moore's got some unusual competition.

There is a new movie called "An American Carol," which also stars a disheveled, overweight documentary filmmaker who wears a ball cap. The fictional character in this film is named Michael Malone. It is the latest film from director David Zucker.

After September 11th, Zucker, the filmmaker behind the comedy classics “Airplane!” and “The Naked Gun”, switched his politics from left to right. His new movie “An American Carol” is a spoof about a bunch of liberals bent on abolishing the Fourth of July. David Zucker tells Studio 360's Kurt Andersen about being a conservative in the liberal world of Hollywood.