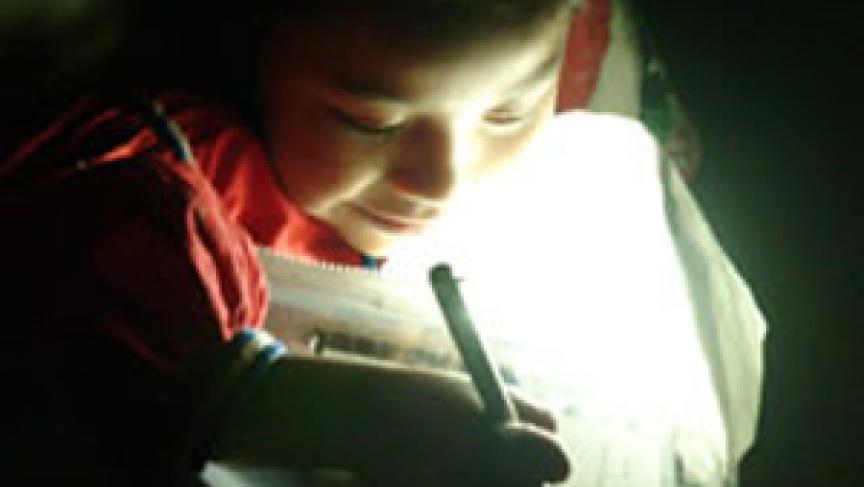 Some 2 billion people around the globe live without electricity.  That makes for a pretty dark existence, especially at night. So a Boston architectural firm has designed a portable light kit to help out. The light runs on solar panels. The group has given some of the solar powered lights to an indigenous group in a remote part of western Mexico.

It is not easy to reach the Huichol Indians they live in Mexico's rugged Sierra Madre mountains. A range with deep gorges and 10,000 foot peaks. It can take days hiking on foot to reach the Huichol's home. Boston architect Shelia Kennedy came across the Huichol several years back at a small festival in eastern Mexico.

Kennedy has been distributing lightweight portable lights in the Sierra Madre. She and a team of designers, architects, and engineers are giving away the lights as part of an experiment.