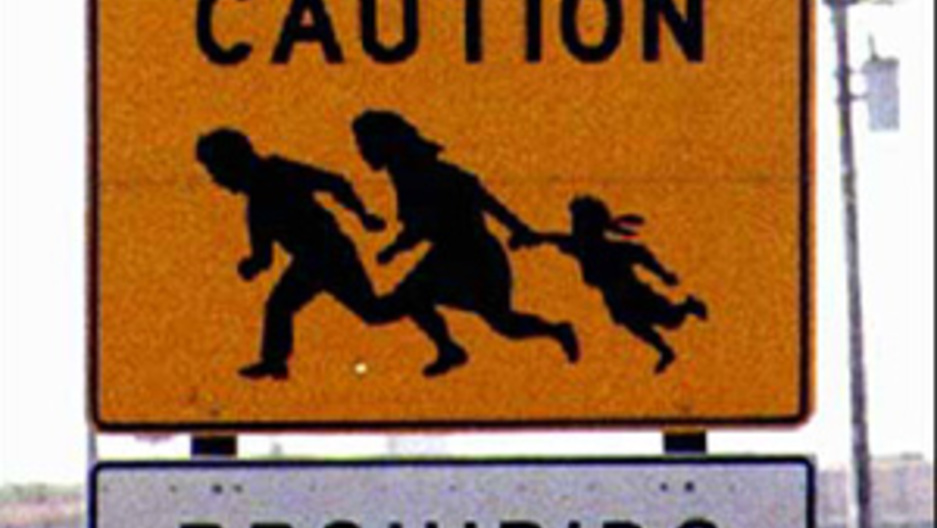 David Bacon is a journalist and photographer who covers labor and immigration issues. In his new book "Illegal People," Bacon writes about economic hardship south of the border, and the reasons people risk their lives to cross into the United States.

Bacon says that many people in the immigrant rights movement prefer to describe these people with the term "undocumented" instead of "illegal" -- it shifts the issue from a question of crime to one of missing paperwork:

"But you know, the reality is that 'illegal' describes something that actually exists, which is a kind of an unequal status -- the difference between somebody who is quote illegal and someone who is not means that you have kind of second class status -- if you're illegal. So if we don't like that idea, then I think that we have to do something in real life to change it rather than simply changing the name. You can't change reality by renaming it; you actually have to do something to change it."

He writes that the U.S. immigration debate needs a vocabulary that describes what happens to migrants before they cross the border.

"Part of the schizophrenia, especially in Congress, about debating over immigration policy is that Congress on the one hand, in the same year -- last year -- discussed the kinds of free trade agreements that produced displacement, that produced poverty in other countries, that force people into motion; and then debated immigration policy, which basically centered around the use of the labor of those people, without really connecting the dots -- without really connecting those two policies."

On "Bob Edwards Weekend," Bacon illustrates how globalization and even some well-meaning legislation creates the need for people to migrate and criminalizes immigrant workers.